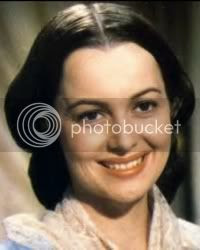 Everyone has a list, or lists, more like, of all the required reading one has simply never read, the great 19th Century novels skipped, the Greek and Latin classics, even in translation passed by, the poetry of this or that vintage, from this or that poet, this or that culture, left mouldering in Nortons. The lists change, items added and, more infrequently, checked off. Working in a bookstore, the truly Sisyphean nature of taking on "The Great Books" becomes all too evident and all the more daunting, if one works, as I do, in a good bookstore, with access to if not all then most of what could reasonably be expected on such a list.

When I was but a provincial boy, I encountered the word "classic" on the back of many an otherwise unappetizing paperback, and thought, too, anything an inch thick as being likely to be important. As a result, I read a lot of less than timeless literature and the odd masterpiece, learning only from trial and error the difference between weight and weightiness, blurb and authority, good and bad books.

Some literary monuments stood high enough to be seen even from the coal town in which I grew; The King James Bible, War & Peace, Huckleberry Finn, The Three Musketeers, (listed here in descending order of difficulty at first reading, and ascending preference upon rereading as an adult. Go figure.) Shakespeare, as might have been anticipated by a better educated boy, proved too much until I'd had a good teacher or two, though I tried first without. Other, lesser peaks were also visible without guides, made way to, up and over. Authors in this category tended to have names I somehow heard of without quite knowing from whom, I should think one book led to another, but the influence of movies and television, and of my first intellectual crush, Dick Cavett -- who brought me to, among others, Eudora Welty, Gore Vidal, Truman Capote, John Updike --can not be underestimated.

My husband, A. is a most adult person. He seems never to have suffered from anything like my intellectual insecurity. He has, since I've known him, read as he liked, studied what he wanted, even taking on algebra and such after his retirement. He also refuses to be bullied into seeing any film he does not choose to see for himself. Very early on, he allowed himself to be taken to see Milos Forman's Amadeus. He was not enthusiastic, whereas I was mad to see it as soon as it was released. I think he enjoyed it well enough, found Tom Hulce's Mozart "cute," did not doze off, as I remember, but a lesson was learned. He does not like talky movies. He does not watch musicals. He calls all animation "cartoons" and will not watch. However, his taste in independent film is often more esoteric than my own; enjoying any number of grim little dramas, usually involving drug addicted prostitutes played by former supporting television players, and foreign stories of entire villages devastated by flood, famine, etc. He has a strong stomach and a good eye. But A. has never seen The Wizard of OZ. He has never seen Singing in the Rain. He has never seen and will never see Gone With the Wind.

He had never watched All About Eve until he met me. He has since, and often enough to finally quote famous lines, thus finally qualifying for something like full membership in the fraternity. Likewise we have grown fond of Witness for the Prosecution, regularly meeting even the hint of a falsehood from either partner with Laughton's great line, building from whisper to bellow, just as Laughton did when confronting Marlene in the witness-box, with: "and is it not also true, Madame, that you are a chronic and habitual LIAR?!!!" Other cinematic classics contributing to our private language are too numerous to mention here, though naturally a movie need not be good to find a place among our favorites, as for example, the Douglas Sirk/Lana Turner version of Imitation of Life.

I still feel A. is just being contrary about musicals, and resent a little that he understands OZ references without having actually seen the movie, but I quite understand about Gone With the Wind. It has never been among my favorites, though I've watched it again and again. For me, the experience is worth repeating for the pleasure of all that glorious Technicolor, for the subtle and thankless acting of Miss Olivia de Havilland, and of course the great pleasure of Vivien Leigh's Scarlett, though I like her less, or rather find her more maddening, each time I watch the thing. In fact, the whole movie has become more maddening as I've grown older, the wonderful Butterfly McQueen, for example, now all but unwatchable to me. That A. should choose to never watch the thing at all seems less a missed occasion than ever to me.

The truth is there are lies I find less and less tolerable as I age. The South as a lost civilization is perhaps first and foremost. It is easier to accept the occasional Good German to me now than it is to tolerate even a glimpse of Happy Darkies, Southern Aristos and the rest. Bone-nosed, fright-wigged cannibals are less offensively infuriating, perhaps because they have finally faded into a no less embarrassing, but more remote cultural past, but the South, as vicious myth, Lives.

I am therefore not much inclined to appreciate film critic, Molly Haskell's Frankly, My Dear: Gone With the Wind Revisited, though I've come to like Haskell as a writer and critic, and warmed to her from seeing her on Turner Classic Movies and elsewhere. But having read a third of the book at my dinner hour, I can see that I'm likely to want to finish the whole, brief book. Haskell is a clever and sympathetic woman, a Southerner, but also a Feminist, and she seems more than capable of anticipating my impatience with the subject, and answering it without defensiveness or apology. I won't say she will save the movie for me, and I can not imagine reading Mitchell's novel, but I am enjoying Haskell's GWTW in a way I have enjoyed nothing connected with that film so much since Carol Burnett came down the stairs at Tara with a curtain-rod still in her new drapery.
Posted by usedbuyer 2.0 at 2:33 AM