As With the Buyer

I made a discovery today, or thought I had, of a writer I think I will like very much. The book was in biography, but in it are essays, newspaper columns, cronicas, written over some thirty years by António Lobo Antunes. The title of the book is The Fat Man and Infinity & Other Writings, published by W. W. Norton and Co, and translated by Margaret Jull Costa. I've only read a few pieces, out of any order, but each has been as thoughtful and humane, as amusing and heartfelt as the next. Lobo Antunes, a novelist of major reputation, here writes with a self-deprecating ease and straightforwardness, a simple, sly charm, the very model of the personable, rather than earnestly personal essayist. I found myself impatient to read the rest of the book, a very happy reaction to an author I'd never read before.

My discovery wasn't, of course. I am, as ever it seems, late to an already internationally recognized author. More than that though, and more to my point here, I did not pluck the single copy from the shelf simply because it tempted me with a clever title and an attractive design. I knew the author's name better than I remembered. I hadn't read him, not a word. I knew that. Had I read a review and forgotten it? Perhaps one of his novels had been mentioned to me, but by whom I could not guess... at first. As soon as I'd read a bit further in the book, I knew.

Our bookstore is about to lose a buyer, our head buyer, J. He is to teach elementary school. He will be missed at the bookstore. Who else would have mentioned this Portuguese writer to me? My friend S., only just back in town, might have done before he left. It would be like him to assume I had read as widely as himself. Just today, my friend sat again at his usual table near the Used Books Buying Desk, sipping coffee, making tiny notes on scrap-paper in his exquisite hand, a half dozen books beside him. Good again to see him there. S. was reading Sebold, surely I knew and appreciated him? And yes, I know Sebold, but only well enough not to much like him. My Philistinism can still shock dear S., but then our acquaintance has not been long, and his nature hopeful. He shakes his head when I confess such things, but gently. No doubt he's right about Sebold. I will have to trust him on the subject. I don't think though that it was my friend who mentioned Lobos Antunes to me, or at least did not mention him first. I think now that it must have been our retiring buyer. J., like my friend, reads far beyond me, mostly, and regularly recommends what he's read to me, politely assuming more than I'm usually due intellectually. Both are genuine, evangelic intellectuals, for whom the failure of The Word to always reach even the likes of me seems touchingly improbable. They remind me of the better souls among The Saved I knew in childhood, always willing to fetch me, with some surprise but without reproach, out of Hell. Bless them.

António Lobo Antunes is exactly the kind of novelist J. would have mentioned casually to me at the Information Desk, never intending to offend by making the obvious assumption of my complete ignorance. "You've read António Lobo Antunes, haven't you? You must have." 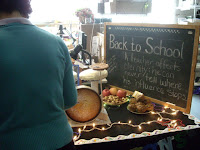 The buyers of "front-list" books, the booksellers who spend the better part of their days reviewing catalogues and meeting with sales representatives from publishers, the men and women who decide which new books and in what initial quantities a bookstore will stock such books, tend to be optimists, of practical necessity. Every season requires a renewal of faith; in authors and publishers and reps and the reading public. All the buyers I've known have this burden of faith. Booksellers working more on the sales floor, with the public, can and usually do find this sort of thing both a little inexplicable and periodically, if temporarily infectious, having no sustained immunity to books ourselves, but perhaps knowing better the general immunity of most of our customers. All front-list buyers talk bearishly and order bullishly. I've never met one who didn't sigh over good books, lament the decline of taste and the sales, and then place an order in defiance all the same.

All front-list buyers have their prejudices and their practical experience to guide them, but however responsible, however sensible, they will keep trying to sell worthy and unlikely books. So dogged are they, so fundamental is their mission, they will order hardcover poetry, unfashionable reissues, and obscure world classics, the "core titles" that represent the best on offer, even as they ungrudgingly stock bestsellers, fluff and faddishness in the quantities suggested.

My first front-list trade buyer was a ferocious snob, but an equally ruthless realist. In the first little store I managed, she would send me anything she thought likely to sell, but she would see to it my new stock was "respectable" as well. The first time she came over from the main store to pull returns, I was horrified by the fury with which she discarded two thirds of everything she'd bought the season before; good books and bad, hardcover and paperbacks. Seeing my horror as she emptied shelf after shelf, she reassured me by saying, "you don't need any of this." Every unsold new book was a personal reproach to her, she seemed offended on my behalf at having imposed them on me. I thought her quite insane. She took me to lunch after and drank martinis without paying much mind to the sandwich she'd ordered. "Don't worry," she told me, "there's better stuff coming."

And so it seemed to, though when it didn't sell her mood would darken and she'd have her revenge again, descending on my shelves for an hour or two and wrecking the place all over again. "Bring me another cart for this shit" she'd say, before taking me out again for another hilarious and liberally lubricated lunch. It took me some time to understand that all this pulling of returns was just in anticipation of all she'd already ordered new. 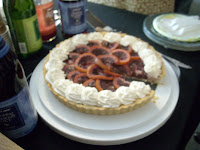 She went on to order for a national chain, I think, and I imagined her ever thereafter, itching to push a cart from store to store across the country, pulling "mistakes" to make room for "better stuff."

The most liberating advice she gave me, when I was still so timid and green, was "If it's good, get it. It won't sell, but you can always return it."

Her replacement was my friend, a floor manager in the Trade Books Department, whose style was as gentle and bemused as her predecessor's had been abrupt and brutally efficient. My friend might dither a bit more, but she she was every bit as opinionated, as astute and as committed to making the best of every dollar she spent, to providing the best selection to our customers, and to preserving the dignity of the enterprise by seeing to it that the bookstore carried the best books as well as the bestsellers. Like her long-time counterpart, in the Technical Books Department, who bought everything from engineering texts to computer manuals and home-improvement books, there was always that faith in her that believed that books need only be present to find readers.

Whatever the state of Independent Bookstores nowadays, that is still an admirable idea. 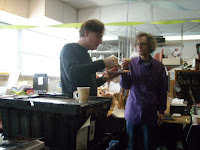 J.'s exquisite taste brought many unlovable books into stock; critical esoterica, obscure foreigners obscurely translated, rare and rarely read masterpieces, perhaps better suited to libraries than bookstores. But this was not what he did for a living. He bought what was necessary, what was likely, what was good. And if he could never quite bring himself to see some wonderful book abandoned to the Returns bins, if he was notorious for rescuing Bruno Schulz time and again, or "beefing up" Philosophy and Critical Studies after just grudgingly seeing them thinned, his intentions were always admirable, his muttered despairings tempered by a genuine faith in the salvation of the bookstore from irrelevance, mediocrity and ruin. If other, less intellectually ambitious or simply more ruefully practical buyers and booksellers shook their heads at his really rather modest excesses, his integrity and his general good humor tended to win over his critics, J. being as impossible to dislike as he is worthy of the respect and gratitude expressed uniformly by his employers and coworkers this week, as we prepared ourselves for a bookstore soon to be bereft of his influence, and without his good company. 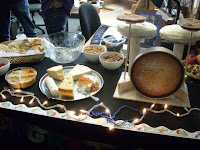 It is difficult to imagine the place without him. Such good souls are necessary, absolutely essential in any such Quixotic enterprise as selling books. They keep the faith.
Posted by usedbuyer 2.0 at 1:00 AM