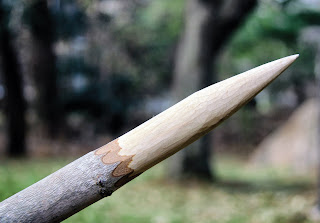 Nothing quite so dreary as other people's illnesses, just as there is supposed to be nothing quite so fascinating as our own. Half right. It seems that there are enthusiasts of illness, otherwise perfectly nice, well intentioned people eager to sympathize and condole in the expected way who are also genuinely curious as to the specifics. I can not imagine why. I'm not squeamish as such and practical experience has taught me I can muck in without judgement or disgust beyond the usual, but I am very far from wanting to know any more than is practical to the task at hand. I don't much marvel at the wonders of the gastrointestinal or find the adrenal fascinating, etc. Medicine, like engineering is a closed book to me. Best that things work and when they don't I largely trust to those better educated to repair what's come undone. Happy to sweep up after if that would help, otherwise I'd say everyone's better off if I stay out of the way. As to the inner working of my own much neglected innards, I am not so much indifferent as inattentive. To be sick is a distraction. Pain however is consuming, and all the more boring for being so.

We are most of us largely helpless in the presence of real and persistent pain. Even to witness it is debilitating. I've seen it. So probably have you. What I know of it just now I would hope to forget. Physical suffering makes no memories worth having. We learn nothing worth knowing from it. From it we make cruel nothings: false and cautionary fables, cold monuments to ambition, even colder theologies. Pain makes us cowards. Joy, love, even the memory of comfort, these are what make us brave. The alleviation of pain is noble. Joy divine. Pain is. Nothing to be said for that. Cold as the space between the stars and just as empty.

While the scandalous monetizing of addiction in the past twenty years of pharmaceutical malfeasance may yet prove to have taught us nothing else, it might at least remind us that remediation is no cure. One of the most frustrating parts of my own recent and ongoing experience with serious pain has been the willingness of my doctors and their support staffs to prescribe without examination, bless 'em. Kindly meant. I find I dislike the side-effects of serious pain medications almost as much as I dislike the system that prioritizes everyone's time but mine over treatment and diagnosis. It seems there is a way things are done; as inexorable as an algorithm, and as grinding as a Wagnerian explaining Parsifal -- again. Meanwhile, try this cream, pill, ointment, pillow, prayer. "We apologize for the additional wait time..." All I find I want is to be done talking on the phone, and no, I shouldn't like to try a different pill.

It's a cliche to say that pain makes a body selfish. Illness of any kind I think does that -- thus it's unhappy reputation as a topic of conversation outside of nursing homes. Better to say that pain has made me impatient with my own good manners. For fear of offense and or causing unspecified trouble, I do not like to bother even the poor souls whose job it is to book appointments with doctors they will nowadays never meet. (If you are in any kind of Health Care System bigger than a veterinary clinic you are not likely to talk more than once to anyone you may know unless and until some anonymous soul has "booked" you an appointment to do so. This is now the way of things in the new, more efficient day of "tele-visits" and website messaging.) Aurelius tells us that "... there is a proper dignity and proportion to be observed in the performance of every act of life." What pain does to dignity doesn't bear reviewing, honestly. Suffice it to say the Emperor would not approve.  After an hour trying to rebook a canceled colonoscopy, Zeno would weep with frustration. Since my complaint began last February I have had more graphic and unpleasant conversations with total strangers and described my symptoms to people who seem never to read charts more times than I would ever have thought possible. Worse, I have carried on so shamelessly in emergency rooms (rebranded as "Urgent Care" without apparent irony) I wonder I was raised by decent people and allowed to vote in local elections. On at least one occasion, if I'd thought running naked through the gift shop would have got me in any sooner to see a doctor, they would still be looking for my underwear in the greeting cards.

Another tired truism of medical science is that we do not remember the actual sensation of pain, only our relief in its absence or something like that. That's as maybe. Like nearly everything else, pain makes us, or me at least impatient of larger conclusions. That would seem to be the point, or at least mine. Trust me, I will be absolutely thrilled to forget. Looking forward to it. Just now as I finally have a diagnosis and some hope of recovery, I feel I can finally afford to look if not up or forward at least back a little ways, as we say back home. What then do I see in the months behind me?

No work worth doing -- though my illness accounts for only part of that. Furloughed due to the pandemic well before this ugly business in my body started. Nothing made or bettered or shared. When even food becomes something to be feared and sleep a rare thing, one does not much care to make art, darling. So be it. I've never needed so good an excuse to not do good work. I am weirdly proud to say that my personal hygiene suffered less than it might have done, all things considered. It is in just such pathetic victories that the ill can still find pride, sad to say. My already limited contact with the world -- see the afore mentioned pandemic and furlough -- quickly became an almost willful isolation from even the rudiments of human contact. I made myself spend time on social media. I made myself call a sick friend, phone my elderly mother, write letters when I was well enough to sit up. I tried not be utterly cheerless in the company of beloved husband, himself not in the best of health now.

What else? Curiously, and this may well be the only interesting thing I will have had to say in this whole exercise, I found I could not give a sitting, walking, or running damn about the fate of Dorothea Brooke or any other fictional person. In all other illnesses, at nearly any other time when I have had both enforced leisure and sleepless nights, novels have been my better friends. Somehow being in physical pain made me quite unsympathetic to the psychic pain and even the mortal danger of characters I otherwise love sometimes better than real people and always better than most people's pets or children. (Not yours, dear, you know how I love them.) For whatever reason not being able to find a comfortable position in which to sit or stand or stretch-out made me look on imaginary persons both on the page and when broadcast as just so many empty cyphers; nothing but shadows on the wall, thin and as empty of meaning as a Republican's promise of equality before the law. The experience was most disconcerting and new.

What I did read, what I still am reading has been history, old, dusty, obsolete history of a kind written when prose mattered and assumptions were made that would now bring a blush to a Tory. I do not recommend this to sensitive young persons. You have other, better priorities and much bigger problems to address. I am aware the world, for example is burning. I do not expect to have my enthusiasm widely shared. I read historians of an earlier age not because I find comfort in Empire or because I believe in the inevitability of progress or any of that sort of antique sentiment. When I read the old historians usually I do so because they wrote well and what they wrote had in their own day some influence for good. I read them normally as I read old fiction, always aware that good and even great writing was never done by perfect and seldom even wholly good men -- and yes it was mostly men, particularly writing history. I think during my illness that somehow the very quality of obsolescence in everything I read was soothing to me. Pain robs us of any future but its end. The present is unbearable mostly. The past, and specifically the company of the dead describing the even longer gone gave me something I can only think was a kind of distance. I wanted nothing so much as to not be where and as I was, and where and as I sadly still largely am. What better company than ghosts? Who else have I been fit for?

And so at three in the morning I went to Ramillies, and I shook my head at the fate of Scythians, and followed the progress of Corn Laws and wondered again at the abstinence of ascetics and the obstinacy of kings and the duplicity of politicians and the touching decency, now and then, of even exalted people. And none of it mattered and all of it mattered and none of it matters now and some of it still does.  I was distracted as best I could be from what's been happening in my body by what seems to have mattered most to men long dead. Carlyle said, "Happy the people whose annals are tiresome," but nobody writes much of that, do they? But then all history becomes a bit tiresome over time (and in nearly every classroom) and so maybe that is why it's given me rest.

More though, reading old history has reminded and reassured me that indeed there are and have always been other people in the world. Other people, real people suffered and triumphed and loved and felt joy. Other people after them found all of this important enough to record it and to be inspired and comforted by it. None of them it seems were wrong even when they might have been in the details. Life seems to go on even when we can't quite imagine why it should. There's a kind of hope in that, isn't there? Easy to forget that, rocking back and forth in the wee hours. I don't have to talk to them, these other people, which is convenient, 'cause these are all dead and I'm not much in the mood. Not to be churlish, but none of them can ever be interested in my bowels or ask me if I've had a good night which I haven't. Maybe that's what pain has reduced me to, I can sympathize with no one but the dead. Certainly it's made me a bit grim, hasn't it?

Apologies. Where are my manners? I am not myself.