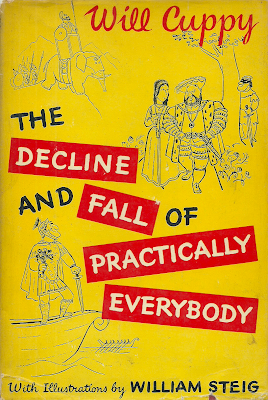 From The Decline and Fall of Practically Everybody, by Will Cuppy

"Phillip II of Spain has been called the first modern king because he suffered from arteriosclerosis.  He was famous for never having any fun.  He thought having fun was a waste of valuable time, so he spent twelve hours a day in his office, making memoranda on little pieces of paper.*

*Many years later these memoranda were carefully collected, classified, tied into packets with ribbon, and thrown out."