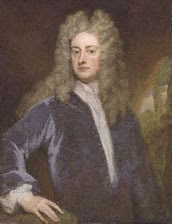 I have somewhere read of an eminent person who used in his private offices of devotion to give thanks to Heaven that he was born a Frenchman: for my own part I look upon it as a peculiar blessing that I was born an Englishman. Among many other reasons, I think myself very happy in my country, as the language of it is wonderfully adapted to a man who is sparing of his words, and an enemy to loquacity.

As I have frequently reflected on my good fortune in this particular, I shall communicate to the public my speculations upon the English tongue, not doubting but they will be acceptable to all my curious readers.

The English delight in silence more than any other European nation, if the remarks which are made on us by foreigners are true. Our discourse is not kept up in conversation, but falls into more pauses and intervals than in our neighbouring countries; as it is observed that the matter of our writings is thrown much closer together, and lies in a narrower compass, than is usual in the works of foreign authors; for, to favour our natural taciturnity, when we are obliged to utter our thoughts we do it in the shortest way we are able, and give as quick a birth to our conceptions as possible.

This humour shows itself in several remarks that we may make upon the English language. As, first of all, by its abounding in monosyllables, which gives us an opportunity of delivering our thoughts in few sounds. This indeed takes off from the elegance of our tongue, but at the same time expresses our ideas in the readiest manner, and consequently answers the first design of speech better than the multitude of syllables which make the words of other languages more tuneable and sonorous. The sounds of our English words are commonly like those of string music, short and transient, which rise and perish upon a single touch; those of other languages are like the notes of wind instruments, sweet and swelling, and lengthened out into variety of modulation.

In the next place we may observe that, where the words are not monosyllables, we often make them so, as much as lies in our power, by our rapidity of pronunciation; as it generally happens in most of our long words which are derived from the Latin, where we contract the length of the syllables, that gives them a grave and solemn air in their own language, to make them more proper for despatch, and more conformable to the genius of our tongue. This we may find in a multitude of words, as "liberty," "conspiracy," "theatre," "orator," &c.

The same natural aversion to loquacity has of late years made a very considerable alteration in our language, by closing in one syllable the termination of our preterperfect tense, as in the words "drown`d," "walk`d," "arriv`d," for " drowned," "walked," "arrived," which has very much disfigured the tongue, and turned a tenth part of our smoothest words into so many clusters of consonants. This is the more remarkable because the want of vowels in our language has been the general complaint of our politest authors, who nevertheless are the men that have made these retrenchments, and consequently very much increased our former scarcity.

This reflection on the words that end in "ed" I have heard in conversation from one of the greatest geniuses this age has produced. I think we may add to the foregoing observation, the change which has happened in our language by the abbreviation of several words that are terminated in "eth," by substituting an "s" in the room of the last syllable, as in "drowns," "walks," "arrives," and innumerable other words, which in the pronunciation of our forefathers were "drowneth," "walketh," "arriveth." This has wonderfully multiplied a letter which was before too frequent in the English tongue, and added to that hissing in our language which is taken so much notice of by foreigners, but at the same time humours our taciturnity, and eases us of many superfluous syllables.

I might here observe that the same single letter on many occasions does the office of a whole word, and represents the "his" and "her" of our forefathers. There is no doubt but the ear of a foreigner, which is the best judge in this case, would very much disapprove of such innovations, which indeed we do ourselves in some measure, by retaining the old termination in writing, and in all the solemn offices of our religion.

As, in the instances I have given, we have epitomised many of our particular words to the detriment of our tongue, so on other occasions we have drawn two words into one, which has likewise very much untuned our language, and clogged it with consonants, as "mayn`t," "can`t," "shan`t," "won`t," and the like, for "may not," "can not," "shall not," "will not," &c.

It is perhaps this humour of speaking no more than we needs must which has so miserably curtailed some of our words, that in familiar writings and conversations they often lose all but their first syllables, as in "mob.," "rep.," "pos.," "incog.," and the like; and as all ridiculous words make their first entry into a language by familiar phrases, I dare not answer for these that they will not in time be looked upon as a part of our tongue. We see some of our poets have been so indiscreet as to imitate Hudibras`s doggrel expressions in their serious compositions, by throwing out the signs of our substantives which are essential to the English language. Nay, this humour of shortening our language had once run so far, that some of our celebrated authors, among whom we may reckon Sir Roger L`Estrange in particular, began to prune their words of all superfluous letters, as they termed them, in order to adjust the spelling to the pronunciation; which would have confounded all our etymologies, and have quite destroyed our tongue.

We may here likewise observe that our proper names, when familiarised in English, generally dwindle to monosyllables, whereas in other modern languages they receive a softer turn on this occasion, by the addition of a new syllable.--Nick, in Italian, is Nicolini; Jack, in French, Janot; and so of the rest.

There is another particular in our language which is a great instance of our frugality in words, and that is the suppressing of several particles which must be produced in other tongues to make a sentence intelligible. This often perplexes the best writers, when they find the relatives "whom," "which," or "they," at their mercy, whether they may have admission or not; and will never be decided till we have something like an academy, that by the best authorities, and rules drawn from the analogy of languages, shall settle all controversies between grammar and idiom.

I have only considered our language as it shows the genius and natural temper of the English, which is modest, thoughtful, and sincere, and which, perhaps, may recommend the people, though it has spoiled the tongue. We might, perhaps, carry the same thought into other languages, and deduce a great part of what is peculiar to them from the genius of the people who speak them. It is certain the light talkative humour of the French has not a little infected their tongue, which might be shown by many instances; as the genius of the Italians, which is so much addicted to music and ceremony, has moulded all their words and phrases to those particular uses. The stateliness and gravity of the Spaniards shows itself to perfection in the solemnity of their language; and the blunt, honest humour of the Germans sounds better in the roughness of the High-Dutch than it would in a politer tongue.
Posted by usedbuyer 2.0 at 6:21 AM