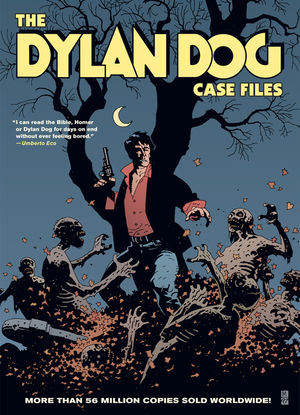 Not all books are equally made. An inelegantly made book: badly bound, overstuffed, too heavy on one's hand, like a fat man in bed, can be too clumsy to handle, and hard to enjoy, requiring awkward accommodations in posture and position, at the expense of whatever pleasure might have been anticipated. If Americans are now indeed the fattest people in history -- and I've done my part to support these statistics -- so are our books. We love the omnibus edition, the complete in one volume, the cumbersomely impressive, and largely unread Big Fat Book.

There is a category of Big Fat Book that I find specially annoying, not because I read them so often, but because I don't. On the rare occasions that I am persuaded to take up a volume of comix, it is because the reputation of a series or an artist has risen above the fan-boy's devotion, to be reviewed and recommended even in less marginal media, so that by the time my curiosity has been aroused, there will be not just a book, but a collected edition. These tend to be bound in just the annoying way described briefly above. I find these all but unreadable as they are almost always glued into cardboard covers, bound as badly as a mass market paperback, but thick as a brick, thus not only unmanageable in the hand, but sure to break at the spine, and therefore debarred from being sold on. As a used books man, I find it hard to respect a book all but guaranteed only one reader.

The Dylan Dog Case Files, "scripted" and illustrated by various hands, was pressed on me recently. I decided to read the thing, despite its awful, thick format. I tried not to read anything about the comic first, not even the blurbs, but instead just started at the beginning and read on to the end. One quote on the cover that I did notice though, from Umberto Eco, made me keep going:

"I can read the Bible, Homer, or Dylan Dog for several days without being bored."

Turns out, Eco has the advantage of me on all three.

The eponymous psychic or "nightmare investigator" of the title is a dull dog indeed. Like others of his comics ilk, he is a shameless thing of rags and patches: his looks borrowed from Rupert Everett, his mysterious parentage, age, and past, from pulp thrillers and horror comics of the fifties, his heterosexual irresistability borrowed from James Bond, Sherlock Holmes' violin here made a clarinet, Mr. Dog's funhouse apartment, Forrest J. Ackerman's living room, as depicted in Famous Monsters of Filmland. Created by someone named Tiziano Sclav, but subsequently written and illustrated by quite a long list of varying talents, the comic is likewise an amalgam of horror and adventure cliches. Almost without exception, every adventure collected here feels as dated as a rerun of eighties supernaturalism; a clumsy mash-up, or rip-off, of X-Files and boomer era Saturday Matinees. Though sprinkled with pretentious references to Camus and the like, and, presumably in the Italian original, elevated by a postmodern playfulness that sometimes rises to the level of dialogue from an episode of Buffy the Vampire Slayer, in its English translation, this has all the wit of bong-clouded dorm discussion. The illustration, as is common in comics, varies in draftsmanship from comic to comic, sometimes from frame to frame, but none of it, at least in this collection, looks anything but unoriginal and tired.

It is all too boringly misogynist and puerile to detail at greater length here. The one interesting feature, as it turned out, was not even as interesting as all that, once I allowed myself a little online research. Dylan Dog's sidekick was a painfully unfunny little man named "Felix" in the American version. As described in the text, he is a failed comedian, constantly telling jokes of a sophistication and funniness appropriate to the juvenile joke-books from which they were doubtlessly culled. I could not understand why this character looked like Groucho Marx without his greasepaint mustache. That at least seemed an interesting bit of allusive vagary. But it seems, the estate of Groucho Marx, quite rightfully, prevented the American publishers from calling this annoyance Groucho as he was named in the Italian original. The real Groucho was a masterful verbal anarchist of genuine wit, who also used old jokes, good jokes and bad jokes, puns, nonsense and put-downs, as a means of disarming romantic opposition, escaping responsibility, lampooning snobbishness and pretentiousness and authority, undermining the conventional musical stories in which he and his brothers appeared, and, in the process, literally disassembling the conventions of the popular culture of his time. Groucho Marx was an original, and the real Groucho was, above all, funny. This Italian knock-off, at least in English, ain't.

Whatever it is in the Italian that has made these comics so successful, and that so entertained Eco, it certainly wasn't the humor, at least not judging from the English version. But then, neither could it have been the hackneyed stories, the plagiarized characters, or the dull art. So, what then? I am mystified, at least by Eco endorsement. Though I think I understand why people who don't actually read Conan Doyle, or actual literature of any description would find pleasure in it. The pleasures of pastiche, however base or sublime the sources, is all in the recognition. Like jumble puzzles, there's nothing there but the fun of finding, and feeling the smarter for spotting what was concealed. Makes one feel clever without needing to be all that clever, actually.

I'm grateful, in a way, that someone suggested I read this brick, The Dylan Dog Case Files. Makes me feel awfully clever, not breaking the spine or much of a sweat. Means I'll be able to return it without paying anything but the time I've wasted.
Posted by usedbuyer 2.0 at 11:20 PM