What I Read on My Summer Vacation 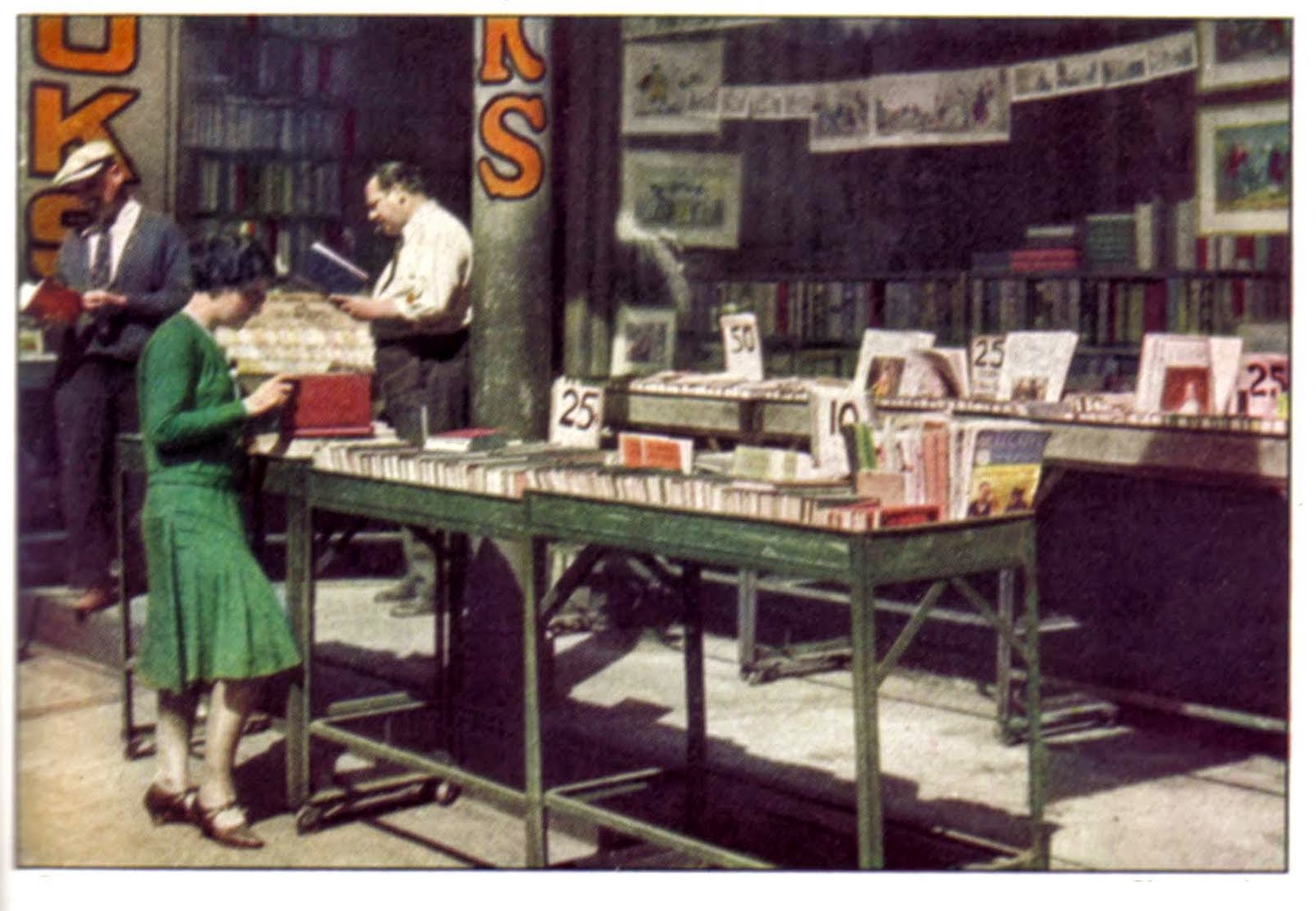 Oh, how I wish I'd "summered" at bookstalls in the Village, or browsed the vendors along the Seine, but as always I went home to see family in Pennsylvania, which of itself is no bad thing.  Still, of bookstores and browsing there was none.  (I always think I will somehow break away for an afternoon to Pittsburgh and go to a proper bookshop, but I never do.)

Instead, as I always do, I read what I brung with me.  I wouldn't normally bother reviewing this material here, as there was little enough of it and none of it needing another mention from me, but someone asked, so I'll just run through as quick as I can the books I read while away on vacation.  Call it my summer-book-report, late and in brief.

First would be the book that did not make it out of the airport.  By the time I'd boarded my connecting flight, I'd nearly polished off Maigret on the Riviera (1932).  I left him on the aeroplane to Pittsburgh.  This one was about as  representative a Maigret adventure as any I've read, both for crime and solution, though this one finds the detective more out-of-sorts than usual, as the old boy's not one for fun and sun.  For the very Parisian Inspector Maigret, there's something soporific about all that heat and calm blue water.  Presumably his discomfort is exacerbated by our hero wearing his trademark topcoat and bowler throughout, as I can picture him no otherwise.  And then there is the frequency with which this case leads him from bar to bar.  That may have done him no favours here either, though heaven knows, the Inspector can hold his liquor.  (Seems never to occur to the man to check his coat or hang his hat, let alone to not have a third brandy with or for his lunch.)  Anyway he's a bit slow on the up-tick this time.  Still, wherever he goes, he seems to find much the same sort of crime everywhere.  If Christie's Hercule Poirot finds insidiously complicated and ingenious murders everywhere he goes, Maigret tends to find the same sort of sordid and pitiable human frailty no matter the location or the  details of the crime.  Somehow, that seems very French, and very satisfying in  world-weary way.

The other Simenon I brought was The Clockmaker (also translated as The Watchmaker), one of his noirs from the Fifties, with an entirely American setting this time, presumably to allow for a certain faithful innocence in the protagonist -- not very French, that. This was not so much a crime novel as a punishment novel, in which the father of a 16 year old boy watches helplessly as his son's delinquency leads to all sorts of anguished inconsequence.  Very French after all, non?  (Simenon's fiction has been having something of a renewal of late, what with new translations and reissues from NYRB, etc.  I'm afraid I haven't been able to make much of his non-Maigrets, of which I've now read half a dozen or so.  I keep trying, but to me they all seem like rather anaemic Jim Thompson novels, or James M. Cain without camp.  Just a bit dull, frankly.  Not bad, you understand, but hardly the deathless masterpieces as which I've seen them repeatedly described.  Meh.  For me, Maigret makes much the same case with at least the comfortable jog of genre to keep things moving at an admittedly rather leisurely pace.)

I read one Josephine Tey this time, her first, The Man in the Queue (1929).  It is easily the silliest book she ever wrote; silly plot, silly twist, silly deductions, ridiculous finale.  It's the first appearance of her Inspector Alan Grant, though not very memorable for that.  Better I should have read her masterpiece, The Daughter of Time (1951), or even Miss Pym Disposes (1946.)  Still.  Done.

One late (1961) Christie this time, The Pale Horse, (not a Marple despite a television adaptation as such, which I haven't seen, blessedly.)  Last year, I think it was, I took a Christie that proved to be linked stories featuring a most disagreeably supernatural character, "the mysterious Mr. Quin," and a bit of mystical frippery at the end that rather spoiled the whole for me.  Not at all my kind of Christie.  For me, Christie is the supreme practitioner of the ruthlessly logical thriller, after Doyle.  However ridiculous her plots, however absurd her murders or mad her murderers, they always operate within a rational universe.  As this latest one started with a seance and witchcraft, etc., I was steeling myself for disappointment; Dennis Wheatley and weak tea.  I need not have worried.  The Pale Horse proved ruthlessly true to form as a very professional Christie puzzle.

This was my first time with William Goldman's Princess Bride, the novel.  As I said elsewhere, I am not of the right generation to remember the movie as anything much but a harmless, tongue-in-cheek fairytale.  The book I liked better.   Harmless fun.  I will say, there's a particular style of straight, smart-ish philistinism in Goldman that is funnier when he's speaking as himself, the tough, downtrodden screenwriter in his various autobiographies. Here, the smart-ass frequently shaded into just... ass.

The best of the bunch this year, again turned out to be poetry and the surprising pleasure I had reading T. S. Eliot's poetry for the first time in years.  I did not remember it well and I was impressed anew with both the music and humor, neither of which would have been virtues I necessarily associated with the master modernist.  One possibility that has just occurred to me: I might not have appreciated poems like "A Song for Simeon," and "Ash Wednesday," etc., had I not recently read George Herbert.

Finally, I finished rereading Strachey's Eminent Victorians on the shuttle back to the airport and so had to buy myself something for the plane-ride home.  I settled on A John Le Carre, A Most Wanted Man, from 2008 but recently adapted into a feature film I haven't seen.  With a magazine or two, it saw me through the ride.  I finished the book sometime after I got home, when I remembered it in my bag and fished it out again.  It was quite good of it's kind, I thought, and good to see Le Carre keeping up with the times; this one involving a doomed Russian youth, but a Muslim now, trapped in the usual hapless schemes and spy-mess.  I would note Le Carre's writing is as indifferent to style as ever.  A Le Carre from just eight years ago, but for setting and bits of plot, might as easily be from the Sixties.  Neither his writing nor his outlook would seem to have been altered an inch by the passage of time.  Surely that suggests the chief limitation -- and perhaps the chief pleasure -- of a genre writer?  I mention this only because now John Le Carre has become venerable, he is regularly mentioned as a writer who has risen above his matter.  Not a bit of it.  What he does, he does supremely well, but what he does is write espionage thrillers.  I don't see that Len Deighton or John Buchan did it any worse, or thought any less deeply about either life or literature, yet their names seldom seem much in mind any more.  Curious business.

And there we are, I think.  I might have spent more than a mention on Strachey's masterpiece, but of that book I've nattered often before and will again to any who might listen.  Meanwhile, farewell, Summer!  The Fall is here.