Not, I Hope, the Last Straw 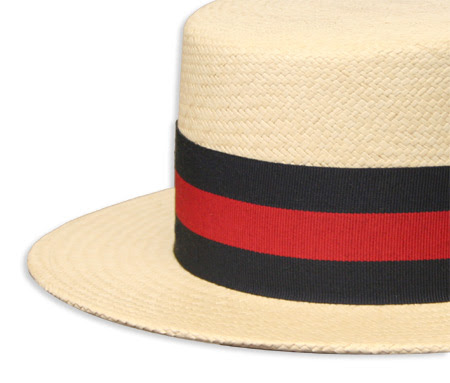 Went back to work today, after another ruined week of flu. Was it a mistake? Though one would not think it from the frequency with which I lament the need to rise each morning, I am not a good convalescent. Enforced inactivity, specially that which comes with rheumy eyes, shaky hands and a runny nose, maddens me, and I find myself, trapped in pajamas, wandering from room to room, pacing like a caged badger. Beyond tired of my comfy cage, I determined this morning to be up, washed, medicated and out. I felt the breeze on my face and thought the world, if not quite right again, near enough plumb to make a straight line to the bookstore.

I certainly got there alright. And my friends all seemed glad to see me, at first. People are kind, when one comes back after such an absence, or at least they mean to be. My face, I've learned, has few secrets. When I am ill, I look ill. My body likewise betrays me: my gate, never brisk, slows to a shuffle, my posture, never good, shows me older than Egypt when I cough. Solicitous greetings -- from however safe a distance -- drop to concerned whispers when answered by my cheery croak, and whatever shape my face actually assumes when I attempt a smile, must suggest a rictus so grim as to be better out of the light of day, where it evidently conjures waking nightmares in perfect strangers.

"Why aren't you... home?" is not the question one expects to be asked first thing at work, not when the noun at it's end sounds like a suspiciously gentle substitution.

I am nothing if not stubborn, though. However much I might seem to trail sulfur and fresh turned earth at every painful step, and however many times I am suggested better elsewhere, until I have satisfied myself that I am useless, or near enough to being so as to wonder myself why I am upright, I will not go. So I stayed at the bookstore a full nine hours, with an hour's flavorless dinner in the middle, and proved... what?

That I am fool? I don't concede that, even tonight when every symptom held but only so far off has risen up in me with renewed vigor, as if to mock me, and remind me, having been so inexpertly masked, though not to be ignored all day, that it is the flu, not I that knows how long it intends to keep me company. It is to the flu then, again tonight, I am forced to defer. It knows me well enough by now to even risk me going out-of-doors, as It doubtlessly knew it would have me back tonight. "Go on," the flu evidently allowed this morning, "not going anywhere soon." In fact, it seems getting up and out into the fresh air today did only my germs a world of good. No doubt then, it was foolish to go in today to work. I don't know that I worked enough to justify a single dollar I earned at this day's business. My illness was at least past the point where I was likely to infect others, having settled well in, and needing, for the moment, no better home. But by going to the bookstore, where I was so obviously unsuited to my work, and troubling to the sight of even my dearest friends, was not such a fool's errand as it might seem, even to my flu, so much as it was proof of a foolish fondness, a need, in fact, for faces other, brighter, and better suited to daylight than my own. My recovery, I am convinced, required a reminder of life. Common, workaday life, as I was missing it at home, and could not quite remember it anymore, was what I needed to see. That can only sound foolish to those that may not be so dependent as I am on others to show me life's action, to draw me into it's motion, to move me from myself.

Mine is not a vigorous life. I do not hold with much doing. It does not suit me. But because I am already so much alone with my thoughts, in my books, on my backside, like a dreamer in a field of tall flowers, I fear I might cease to notice anything but the general warmth, that I might drowse away not just the dreamer's lazy summer's afternoon, but all my days. Were I not forced, by the necessity of earning my bread, to engage with the world, at least in so far as the world passes my desk on the sales-floor of the bookstore, I genuinely dread the drowsy, wordy, solitary ways in which my days would wander.

Dear A., for whom I am every moment grateful, can do but so much. His responsibility for me extends only so far, and no further. His life, inextricable with mine though it may be, is his own, and must be lived out where it takes him. We travel together, always, and see to each other on the way, but we are not meant to be all and all to each other; that is a fallacy of romance, not a partnership of 26 years and counting. Neither of us would have our life together other than it is; he with his life, and I with mine, and from that, ours together. He may make me soup, and hold my head in his lap when I am ill, or not, and know I will do likewise, always. But his eyes aren't meant to be mine! His senses, feelings, thoughts, beliefs, are his own, and I may draw on them as I need, and he on mine, but I must have some life independent of his to provide, if nothing else, interest, or I do neither of us any good.

As my life is shaped more by books than not, and as my books aren't his, it would not be right then to offer him only these. Who would come home to hear only what I read today? Who would have me just in my library? I would be fit company then for no one, even myself.

I know myself just well enough then to know, far more than dear A. does, I need people. Well or ill, I could live without food, much as I eat too much of it, or without books, though the thought sounds absurd even to me, longer than I can without faces other than my own, voices as familiar, and as strange as the sound of my own, contact not then so much with the world, which I might shun easily enough these days, and more I should think as I get older, but with friends, and strangers, with the beautiful young people who pass me every day and now notice me or not as they need, as they should; it is the right of the young to notice only what and who they need, and with contemporaries, and old friends, and old people, who likewise have the perfect right to ask only the attention of the rest of us for which they still have some need.

I do not think I am a fool, however foolish I might have proved myself today by putting on clothes and going to work. With two friends, I went next door to a new haberdashery. We tried on hats. One of the three of us bought herself two, and I bought a handsome new straw, with a baby blue band. I was told it flattered me. I thought so too.

Well worth getting out of bed then, though back to bed I'd better go, more fool me for sitting here, so late, so sick, by myself.
Posted by usedbuyer 2.0 at 11:41 PM