Yo Ho for the Open Road 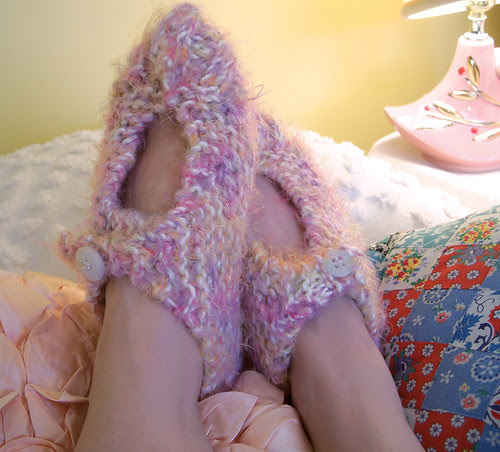 I ventured outside, but briefly, today. The weather has been and continues unseasonably, gorgeously warm. I am not for the heat. The sun burns more of me than it warms. I do not like bugs. I am not, in case you've missed this, outdoorsy.

This is not just a lazy man's argument against exercise, though I am that too, and averse to any activity that makes me sweat without ending either in orgasm or a paycheck. This is the peasant in me, and it is strong in me. A lady stopped by the desk the other day. It seems I had helped her to find the trail guides and hiking books she'd been in for some time before. In the course of our earlier conversation, she had mistaken my helpfulness for an interest in her hobby. Now hobbies, like exercise, are an affectation of the middle classes, and while it is true, Thanks Be, that I have managed to marry into the middle, I am not entirely of it and never will be. Leisure, which is the abiding preoccupation and dream of working people -- thus our tendency to drink and dance, even at funerals -- is something I've grown used to, thanks in no small part, again, to a loving husband with a pension. He keeps me too well fed, allows me hours to read, rents us movies, appreciates the power and pleasure of the afternoon nap. All of this has allowed me to grow fat in my lucky contentment. (This is what working stock does as it ages; Scots/Irish people either settle and expand, as I have, or dry into cartilaginous concatenations of ears and elbows, noses and Adam's apples. Alas, I shall never be rangy, doughy being my subset.) My leisure, already being greater than that of my elderly parents and more abundant than I ever presumed to think it might someday be, is spent with books and cigarettes, on my fat ass, eating. I am the peasant's dream made all too sadly real. I am a bookseller still, and a good one, and this means I am something of an actor and can summon a happy bonhomie in answer to almost any expressed interest, so long as I think the interaction might end in a sale -- avarice being another common trait of my kind. We can not, with rare exceptions, make ourselves rich -- we can not quite conceive of such a thing by any means other than lottery -- but dance happily to the dollar. I can discuss, with nicer people, even the most pointless of their activities, if I think I might sell them a book or two: knitting when one does not need socks, for instance, or gardening for pleasure rather than respectability or potatoes. I can even smile while chatting a customer up about walking great distances in the out of doors, not as sensible poor people do when hunting for food, but for pleasure. (I'm afraid I rather draw the line at rock and mountain climbing. Only idiots, goats and paid Sherpas do such things, and, as you might imagine, my sympathies extend no further than the goats and the native Tibetans. We live very much among the outdoorsy whites here in the Northwest, so our local news provides my husband and I with regular and infuriating reports of thousands of dollars being spent to pluck vacationing lawyers and stock-jobbers off the sides of slipped mountains. We would applaud the avalanche, if the local taxpayers were not equally obliged to "rescue" the corpses of these jackasses. This, by the way, is my answer to anyone who insists that by lighting a cigarette I am taking the bread from their children's mouths, sure as I am, if I do not stop smoking, of some day requiring the huge expense of treatment for any one of a number of cancers, the treatment of which I will doubtlessly be unable to afford without public assistance. I will refuse any public money for my treatment, go quietly into that good, and smoky night, when I am assured that everyone not on rented skies has been left to die as they should be, in the snow.) My hiking customer, (remember her?) stopped by the desk again to thank me for helping her find her required guidebooks, and to tell me that she has not been able to get out of her head something I said, evidently after she pressed me about my own hiking and camping experience.

"I haven't been able stop thinking about that thing you told me, that what middle class people call hiking, poor people call walking to work."

She was not upset by what I'd said. I was relieved to hear that. She was bemused, as I'd hoped, I think, she would be. But nevertheless, she'd been thinking about it for a week or more by the time she stopped back to see me. We talked a little more about this comment of mine, my little joke, and I suggested that perhaps the habit of hiking allows the bourgeoisie some primal pleasure, some reconnection to those upright ancestors who actually carried heavy things on their backs and walked miles on unpaved roads, not for the purposes of digital photography or to get away from their mortgages for a weekend, but because they had to clear a field for cultivation, or do as they were bid, or flee a pogrom with their few worldly goods, or perhaps mameh, strapped to their backs. Perhaps, I suggested, the actual, physical business of hiking had less to do with reaching a spectacular view, which might after all be had through a picture window -- as I myself can see both mountains and a large body of water from my own -- than with remembering what it was to run from Cossacks or drag a felled tree. Perhaps hiking puts one in touch again with family history, is in fact some sort of secular pilgrimage to appease the ghosts of our hoary-handed progenitors. She liked this idea less well. Many middle class Americans, not Mormon, are never the less weirdly preoccupied by that most astonishingly useless of all amateur research activities, genealogy. Never have so many wasted so much in pursuit of such pointless information. Aristocrats needed to find or invent ancestors who might bolster their own credentials for exploiting land and the poor people on it. It was understandable in societies based on pedagree, like kennels, that the bitch that bore you need be of a pure line. But in America?! Yet no middle class American person, two or three or more generations out from real manual labor, seems entirely immune from pretensions to previously undiscovered or long forgotten nobility. The Irish understand this of their American cousins and shamelessly exploit the weakness every time we happen to elect a man with so much as a drop of Irish blood to the Presidency. Kennedy, Reagan and Clinton were each assured, in turn, that they were in fact directly descended from Irish kings, of which, it is never pointed out, there were once entirely too many and none now for more generations almost than memory can conjure. I believe all three American Presidents mentioned, or at least their relations, received this glad news with undisguised pleasure, but then not one of them had worked for a living since Reagan was a lifeguard. Working people quite sensibly forget the names of even their great grandparents as soon as they decently can as the information is of utterly no use to them. One's share of food stamps or seniority at the plant are not boosted a bit by bragging on what one's great grandpa supposedly did at Antietam, which, after all, if he was a sensible little fellow, was probably run the hell away. My customer did not much cotton to the idea that she shared a common ancestor with the likes of me, at least, as she was clearly a sensible and well educated lady, no ancestor less remote than Lucy.

"I enjoy seeing the natural world for myself, by the power of my own two feet," she explained.

I told her I enjoy it more, sitting on my ass, though I delicately did not use that word, by the power of cable television. Just here, we reached an impasse.

What she had actually been thinking about since we last spoke, was more along the line of doing better herself by the underprivileged. To that I had nothing to say, beyond sincere thanks on behalf of all the folks I hopefully left well behind me when I hitched my wagon to my husband's star.

"Good for you!" I said, and meant it. "You know, if you're serious about this, we have some excellent books on how best to help those less fortunate than ourselves."

She had not the time, just then, to let me show her our selection as she had an appointment for lunch, but she was a nice lady and I enjoyed our little talk. When she comes back, I intend to sell her a book by Thoreau, or perhaps a small and portable anthology of pastoral poetry, at the very least a guide to birding.