A Brief Witness to Celebration 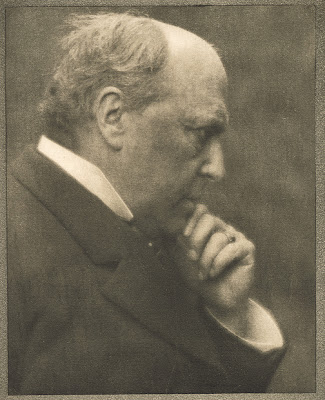 I've heard at last from the editor of the forthcoming anthology to which I was so unexpectedly asked to contribute. It seems that despite my all but complete failure to understand such technical matters as email "attachments," I finally succeeded in sending him my contribution in a form he was able to read. He has, rather ominously, promised me "an edit" as soon as he is able. As I informed him in my response, I am confident that anything he might choose to do to what I wrote can only improve it. The way I write hasn't changed much from the way I wrote in those blessedly all-but-forgotten schooldays when I was still sure of everything and eager to communicate my thoughts to the widest possible audience. I tend to read more in supposed preparation for writing than write. When I do finally come to write, I always write too much, too elaborately, and too little to the point. By the time I've finished an outline, I always have far too many ideas and too little of anything else on the page. Then I've almost always waited too long to actually begin, so that, under the evidently necessary pressure of a fast approaching deadline, I write far too fast, anxious to get everything said, if said any old way and in any old order. After I've despaired of ever saying anything like what was intended, and written and rewritten the whole thing in an absolutely furious panic, I abandon all hope and leave the damned thing as it is, sometimes for days, more often forever, incomplete, often as not incoherent, ugly, unwanted and disowned in a drawer or an unlooked at again until deleted file. Should I find the fortitude to actually read the thing again, I tend then to cut and cut and cut until it ends being half the length it was, saying little or nothing I'd hoped to say. This time I at least sent the damned thing off to its intended reader. I'm rather proud of that.

As to the eventual fate of my submission -- how very apt a word -- I can only trust the point made by a friend who pointed out to me just today that the editor's willingness to even attempt to fix it is reason for optimism as to its eventual acceptance. My friend is a writer himself, and a good one, and a teacher of writing, so I'll trust him on this as I would in most things.

As with most bookish if not literary people, I suffer from knowing just that little too much of what great writing is to ever be convinced that I will ever be capable of more than competent prose. I shan't whine about this here, as I so often have already, for fear of being met, yet again with a frustrated sigh from the friends who find this sort of thing tedious reading. I know that there are few things less likely to make me want to read an essay, or a novel for that matter, than a lengthy description of the agonies of composition. It's rather like watching a sweating magician asking to be excused for difficulties with the pigeons in his pockets or the recalcitrant rabbit in his hat. Who cares? Just do something.

That in mind, I am reminded this morning of all the authors who have written wonderfully of their own history as writers, who have successfully, which is to say interestingly, described how they wrote what they wrote and, if not why, which is almost never really known, or if known, any more interesting or amusing than Johnson's dismissal of anyone who wrote for any reason than money as "a fool," then the way in which writing made them. (It is a rather foolish thing to do without pay, like painting a house just for the fun of it, considering the work involved and the often unsatisfactory result of undertaking such a task as an untrained, middle-aged amateur. Anyway, it can seem so to me on lovely, rainy Spring nights like tonight, even if I can't seem myself now to not.)

The Complete Notebooks of Henry James, as edited by Leon Edel, are a perfect example of a superior mind at work, though I can't imagine anyone not already fascinated by James' novels making anything of them. If, however, as he has for me, James presents a challenge as well as pleasure as a novelist, there is no more sure way in than through this book. I love letters, and James' letters are particularly rich, funnier than his more formal writing, though no words he seems ever to have put on paper could be said to have been casually written. James was a man utterly without an undisciplined thought. He was never not a writer. That may well explain something of the sadness of his all but nonexistent personal life, but it also means that almost any extant paragraph he ever wrote offers something of the same complicated fascination of his mature style. The tired joke of the discovered laundry-list of a master being studied closely, in the case of James, comes near to be true and perhaps actually worthwhile. There is so much to James on paper, that even the best biography tends to be less satisfying than the least of his jottings. What can't be known of the man, that which he did so much to avoid, and of which he tried so hard to destroy all record, remains unknown and unknowable after how many very good biographers have tried him. That which James thought mattered is in not only the novels and stories, the criticism and exquisitely controlled autobiography and letters, but in his notebooks, wherein, for perhaps the only time, the turning does not always run even so smooth as in his late and increasingly difficult novels. In his notebooks, as he works out plots, decides on his themes, insists on ordering everything before it is finally written, the reader is allowed to see something of the construction of the novelist's project, and of the careful builder, conscious of effect, concerned with his own motives as well as the ongoing, in fact never ending, movement toward perfect accuracy of detail, as concerned about the suitability of this brick or that as he is with the weight to be born by every arching, magnificent sentence.

I think it is the intensity of Henry James' concentration, as much or more than the resulting density of his writing, that either puts one off him or draws one in. He is hard not only to read, but to be with. While everyone who seems ever to have met him socially found him if not attractive, certainly polite, and if his friends, and remember he had many in the course of a long and lonely life, found the man to be surprisingly, even touchingly sympathetic and kind, it is James as an artist, the supreme artist in our literature, who fascinates, even as he puts off casual attention. However nice Henry may have been, James is not to be taken up without a determined effort to rise to his level.

I don't know, even having read so much of him and about him, that Henry James ever really appreciated what a queer writer he was. I'm convinced, however self-consciously, even anxiously, he moved through the world, he never quite understood how far and how fast he was moving on the page. I think he fully expected even the likes of me to be quite capable of keeping up. It's astonishing how often he was disappointed by what he felt was the inexplicable failure of even his most popular work to find a truly popular audience. Living as he did so entirely within his work, thinking in just such sentences as he wrote and so amusingly spoke even to casual acquaintances, James failed to see just how exceptional both his mind and his manner were. There is no better evidence of this then the way he wrote to himself.

"Momentary sidewinds -- things of no real authority -- break in every now and then to put their inferior little questions to me; but I come back, I come back, as I say, I all throbbingly and yearningly and passionately, oh, mon bon, come back this way that is clearly the only one in which I can do anything now, and that will open out to me more and more and that has overwhelming reasons pleading all beautifully in its breast. What really happens is that the closer I get to the problem of the application of it in any particular case, the more I get into that application, so the more doubts and torments fall away from me, the more I know where I am, the more everything spreads and shines and draws me on and I'm justified of my logic and my passion."

What an extraordinary thing it must have been to live so! However condescendingly we might tend now to look at the lack in this man's life of lovers and companions, who would have been able to share that with him? It's like peeking into a kiln. How I envy that mind! How it continues to humble and intrigue me. The sacrifices James made to live with that intensity, and he sacrificed more than I can imagine without a shudder, without awe, are only justified by the work he produced. Even trying to understand what he struggled so to make clear is often more than I can manage. Imagining myself making anything to equal the least of it is impossible.

And yet, I've come to feel I know the man, at least a little, and to love as well as admire him. Included in Edel's edition of the notebooks, are even the great man's little social diaries of the endless engagements James accepted; the endless schedule of dinners, the endless parade of society from which he fed as surely as he did at those groaning Edwardian tables. Seeing James bustling about, making awkward if interesting conversation, concerning himself, as he so often does in his letters, with all the details of his friends' lives, with reading everything, seeing everything, listening constantly, traveling, remembering, and writing, always writing, I find him perhaps the most movingly human figure in our literature, and never more so then when he's talking to himself, in the notebooks, so excited, so passionately engaged in making art. Wherever he was, wherever he went, however busy his evenings out, that was where he always was, not a martyr to it, but a celebrant in it.

How wonderful it must have been to be Henry James.
Posted by usedbuyer 2.0 at 1:47 AM