To My Lost Follower 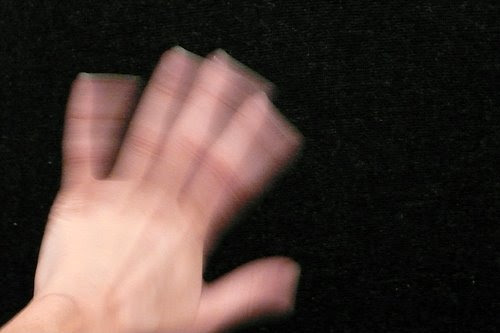 I understand. I never much liked the idea, or rather I think the language bad, though I was certainly flattered to find myself with a"follower." I did try to alter the heading to "fellow travelers," a tag more in keeping with both my own lazy politics and my own reading. I read for companionship as much or more now than from any other motive. When I was younger, I read more ambitiously, as a kind of exercise, as the young ought to, come to think of it, but if and when I take up more difficult books nowadays, it is likely that I do so only because some younger person has challenged my complacency, disdained or pitied my lack of intellectual ambition, dismissed my preferences, my sources, as quaint and irrelevant to the discussion at hand. And so it seems they often are, and for that I tend to love them all the more, the discussion tending to talk too well remembered from my gabby past. The authorities cited now have all been crowned since I ceased to find the chatter stimulating or think myself necessary to any revolution. When my own eagerness to impress was still strong on me, I read earlier Anarchists and peppered my conversation with demands for moral spontaneity and opposition to private ownership. But then I was capable of some spontaneity, at least conversationally, and I didn't own anything much. That the Anarchists historically proved no less inclined then their Communist coworkers/enemies to shoot people in the head was a fact I passed over quickly, back in the day, if I even found it as remotely revolting as I do now. There is always something sexy in violence when one is still young enough to presumably run-the-hell-away from it without getting winded. That the whole business of finding an "ism" now seems endearingly, if not dangerously silly to me, I accept as a symptom of a comfortable middle age. I don't think I could read any of those books again without some embarrassment, certainly not without a certain, complacent outrage. I don't regret my earlier interest in political philosophy, or the reading it led to or from which it arose, but I haven't the slightest desire to revisit the tedium of rereading Mikhail Bakunin, et al. Heavens bless the young for their willingness to be bored in a good cause. (Amusingly, I recently learned some of the descendants of the Old Left are now rather hilariously self-described as "left-libertarians," as if Kropotkin and Emma Goldman were proposing survivalist hikes and growing one's own organic vegetables rather than tossing bombs at Tzars or occupying factories. I think these new hippies all rather darling, don't you?) So if the "follower" I've lost has left me out of disgust with my irrelevance, my disinclination to become engaged in the questions of the day, or my entire preoccupation with the strictly personal, I can only apologize and wish them well in their travels.

I will not be reading any more of Adorno than I already, painfully, have tried to do. He just writes so badly, though I'm perfectly willing to blame my own ignorance of German, was it? and his English and American translators. Foucault I at least read back in the days when I still could, but even then I think I understood that there was a lot of unnecessary verbiage being used to justify his personal preference for rough trade to straight sex. Marx, Lacan, Kristeva, Habermas... I could go on, but I must already be boring such of my few remaining readers who share my distrust of professional, professorial intellectuals, in addition to reinforcing the already low opinion I've earned among my younger friends for refusing to be much taken with the philosophical trends of my adult lifetime. Best to just admit my thoroughly awful failure to appreciate the necessity of dialectics in serious conversation, even on the increasingly rare occasions I feel the need to engage in such. However much I might be a likable sort of person, I suppose facts must be faced: I am not nearly so smart as I once was, I am not terribly serious about much any more, and I will never be persuaded of the need to join a study group. But I think even my harshest younger acquaintance will admit my amiability, so I can only hope now to be marched to the wall, should it come to that, with at least a last friendly cigarette and perhaps a quick kiss, if that's not beneath the dignity of the occasion.

If, on the other hand, I've lost you somewhere in the thickets of the above, and you've only been coming to this humble spot for the amusement offered by my recent decent into doggerel and my funny stories about the doin's at the various bookstores at which I've found employment, then I hope my apology for rambling above my brow just now doesn't come too late and that all of this hasn't reminded you just how boring I can be between jokes. Again confessing my fundamental lack of seriousness, I insist that my primary mission in life, it seems, has always been more to amuse than to convince. If I've become a little maudlin, and too inclined to quote sad poems at length lately, I quite understand why that might have spoiled the fun and made you sign-off.

One does now and then find one's self feeling very sorry indeed, and as I've had no one to tell me I mayn't, I've used the excuse of remembered personal losses and larger tragedies to intrude on more than one appreciation of particular poets recently. This is a regrettable feature of writing for immediate reading, without the tempering hand of editors and the like, one does tend to go more with present mood than with due concern for effective style. Sincerity doesn't always justify all things, does it?

Or perhaps you are just tired of me using the word "one" so regularly?

Finally, if you left simply out of a perfectly understandable disinclination to be bothered checking in on someone who does this day after day, with perhaps less than the requisite talent or invention for sustaining the interest of smart and busy people, again, I quite understand. I don't know that I would read this blog every day if I wasn't the one writing it. I've never had any such expectation of my friends, let alone any strangers who might have happened upon me. More than once I've been told clearly enough that I can be a little exhausting in real life. I can only imagine what it must be like only encountering me now on the virtual page, without any of my easier, more physical foolery to lighten my more portentous pronouncements and half-assed opinions. I am easiest to love when I blush. So if reading me here has proved too tiresome, you must trust me when I tell you, I'm blushing as I write. So sorry, truly.

I'll miss you, whoever you might have been. A man with fifteen regular readers rather feels a blow at finding only fourteen still hanging about. Pure ego, that. I blush again, at my greedy presumption of your continued affection. I wish you nothing but well. Thanks so much for stopping in. You're welcome back any time.
Posted by usedbuyer 2.0 at 2:19 AM