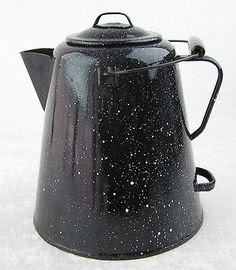 The poet Basho tells us, "the past isn't as far away as we think."

Well now, isn't it? It can certainly feel far off when one tries to get at it again, to lay hands on it, hold it, keep the warmth of it alive. Perhaps the poet was young when he wrote that, or very old. That would seem to me to be the conditions required, one or the other, for the past to be near enough for such easy retrieval. And really, how much of a past can one have at ten, or sixteen, or twenty? At that age our past -- most of it -- isn't even put away yet; it's still on the shelf in our parents' house, next to the toys we've made into totems, the books we won't open again but won't let anyone give away. It's just behind those graduation photographs, still as bright as the day they were taken. Most of us at twenty-five or thirty-two haven't the time to look back, so busy are we stumbling into adulthood, education, work, romance. (I realize this timeline requires a kind of personal security all but unknown to most of humanity for most of our history and to people in this building even now. I mean no disrespect to anyone for whom my little premise is untrue. Being grown up, as I feel safer now in saying I am, might well mean the admission that my life isn't much on which to premise anything. What I actually know fits, I should think, in my pocket, with plenty of room for my house-keys, loose change, and maybe an antihistamine or two.) From what I've read of it, and from the conversations I've had with those lucky and or unlucky enough to live into it, old age, and very old age in particular, is a space that narrows painfully but is eased a little by looking back; the past, while increasingly fragmentary can look quite bright -- from further on.

What is it anyway we are after, looking back? Is it the past after all we want? As desire goes, that seems to me a distinctly unhealthy, and unhelpful, pursuit. No good can come of nostalgia, at least nothing good ever has. That way madness lies: AM radio, "collectibles", tax-resisters and American exceptionalism, urban chicken coops and fancy mustache-wax, gerrymandering, and pining for the good old days of Soviet Union, the Caliphate, or the Citizens' Councils of Alabama, etc.

The past is a place we are well out of, mostly.

What I think we mean, what I think we want, most of us, is a story. What we long for -- specially this time of year -- is a familiar narrative, no?

"And it came to pass in those days, that there went out a decree from Caesar Augustus that all the world should be taxed."

"Twas the night before Christmas and all through the house, not a creature was stirring..."

"Marley was dead: to begin with."

"Ah, there it is,  my house. And good old Cleveland Street. How could I ever forget it?"

Though to be honest, these stories are more corollary than foundation, don't you think? The stories we want most to retrieve are our own, or some better version thereof.

Family stories, after an age, don't get told straight very often, do they? We grow up, forget the name of the place, other people. Details decay for want of recall.

Everybody nods. Everybody smiles.

That's how we tell it now, among ourselves, not for convenience or really because of over-familiarity so much as because -- by a certain time -- we may not entirely remember why that story is funny, only that it was, and that we miss him.

Spare as a late Beckett play. Terse as a Dickinson poem -- with dashes to cradle all that now goes unspoken, misremembered, felt rather than articulated.

My Grandma kept a pot of coffee on the stove all damned day. She made it in the morning and they drank it with their breakfast. When Grandpa came home for lunch from "the Westinghouse", he turned the heat on under and added water to the grounds and egg-shells. That was a magical pot. Horrifying to think of drinking that coffee now but in its time and in its way, eternal and abundant, constantly renewed and deep as well. And they drank it black. Black, hot, and bitter. Whatever else that kitchen smelled of; good things like sharp cheese and pie, suppers and scrubbed surfaces, and bad as boiled ham and cabbage, wet boots on the back porch, that coffee cut through it all, summer, winter, spring, and fall, window open or closed.

Family stories work like that pot. What do we add in the telling that doesn't ultimately thin the thing to a shadow? Untended, how cold and bitter might the reduction of those days taste? We remember, most of us, just the warmth, with a hint of chicory, the sugar crusted on the rim of a cut-glass bowl, how big a teaspoon can feel in a five-year-old's hand.

And that, I would argue, is just fine. We need family, memory, familiarity, but we aren't any of us necessarily responsible for the details. We need stories, it's true, but that's what art does for us. The dead don't really ask anything of us anymore. We remember them or we don't, for ourselves, for our own sake. What we owed them we either gave or we didn't, while they were alive. The remembered cup may be bitter or sweet or both.

But great artists tell us stories large enough to keep some sense of our own stories in them. The art is perhaps in exactly that accommodation of memory, that capacity to take us in, and back to the warm kitchen we may or may not remember otherwise. It is, is it not? love that we look back at? Look for?

My stories I tell as well as I can with what I think I remember. The past, it seems, is not so far away as I thought, now I'm old enough to want it again. I'm sad to think what I've lost for want of the sense to ask before it was gone. But our stories, our story together, we find in art if nowhere else now, and that is a comfort, isn't it? That has been and continues to be a joy, and one all too easy to share.