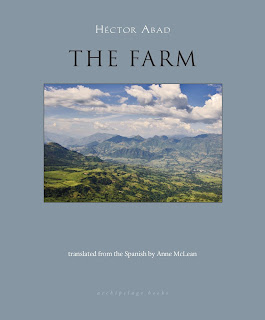 From The Farm, by Hector Abad, translated by Anne McLean

"He was also a womanizer, more than by vocation, by a strange magnetism he held over women. He didn't have to ask them, they asked him, and maybe this got him accustomed to intimacy and to an almost unconscious flirtation with them all, young and old, ugly and pretty. He was flirting until the day of his death, in the last week, with the nurses who took care of him in the clinic, and who liked to go into his room and look after him and laugh with him, a dying man."
Posted by usedbuyer 2.0 at 12:01 AM