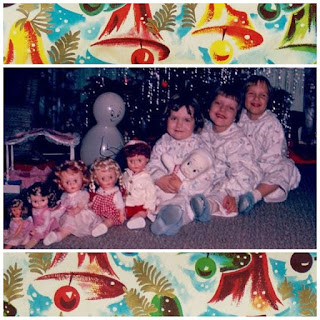 Of course, there wasn't really a clinical term for it in those days. "Order," that was Mrs. Beck's word for it. She like things in threes. Girls, dolls, kitchen canisters, the tines on a fork, Christmas ornaments, strands of tinsel. When the doctors told Mr. Beck that his wife would not be able to have another child after Agatha and Aurore, the woman just refused to believe it. When little Annita came home with his wife after her long trip to the rest home in Colorado, Mr. Beck thought it best not to ask too many questions. It was some time after the New Year before the authorities back in Indiana finally caught up with Mrs. Beck and returned the baby to her parents. Turns out, the girl's name was Ramona, which everyone agreed was something of a coincidence numerically, even if it hadn't entirely suited Mrs. Beck, poor soul.
Posted by usedbuyer 2.0 at 12:56 AM