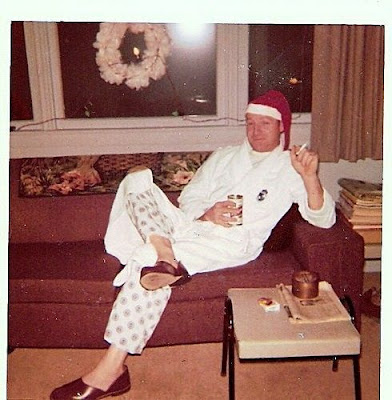 It was hard to avoid Albert on Christmas Eve. Try as she might, Sally could not move him out of the way once she'd put the kids to bed. By then he'd have worked his way through just enough cheer to be feeling friendly, which was the last thing on that woman's mind when she still had so much to do before she could go to bed herself. Still hadn't taken tomorrow's ham out of the oven. There was still the damned dollhouse to wrap, and she never had found the brush set she just knew she'd put in the hall closet and now it wasn't there.

If she got too close, Bert would grab at her, but she wanted to check behind the sofa again. Damn him.