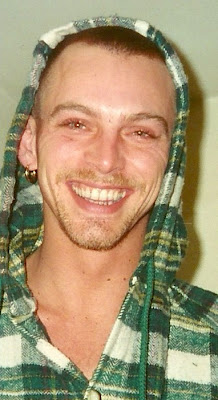 There is a tradition in England, or rather there was, of telling ghost stories on Christmas Eve. No idea to what extent, if any, this has survived. I've read some speculation that suggests this tradition extends so far as to Celtic and pagan customs associated with the Winter Solstice. That's as may be. I wouldn't know. It was Washington Irving, so far as I can tell, who first described -- and quite possibly elaborated -- for an American audience, many of the old English customs at Christmas time that we continue to most associate with the holidays. In "Old Christmas" he writes, "Many of the games and ceremonials of Christmas have entirely disappeared, and like the sherris sack of old Falstaff, are become matters of speculation and dispute among commentators." To some of these at least, in describing them, Irving lent his own popularity, thus preserving and possibly reviving traditions that were, even in his own now remote day, already fading away. Irving's English Christmas was a country scene where:

"Even the poorest cottage welcomed the festive season with green decorations of bay and holly--the cheerful fire glanced its rays through the lattice, inviting the passenger to raise the latch, and join the gossip knot huddled around the hearth, beguiling the long evening with legendary jokes and oft-told Christmas tales."

As a regular contribution to this "domestic hilarity" on Christmas Eve, Irving elsewhere specifically described the telling of ghost stories. Just what these stories might have been, I couldn't say, but obviously, at least one Christmas ghost story -- other than that of the holy -- has rather triumphed over all the others. In 1842, at a dinner in his honor in New York, hosted by Washington Irving, Charles Dickens expressed his veneration of the older writer, saying "I do not go to bed two nights out of seven without taking Washington Irving under my arm upstairs to bed with me." What Irving then had helped to preserve, Dickens, in 1844, went on to make a universal part of the Holidays, in A Christmas Carol in Prose, Being A Ghost Story of Christmas -- to give his little book it's full, original title.

Most famously, Dickens himself launched his unique career on the podium, and the custom of reading his story of the redemption of Ebenezer Scrooge aloud, at a charity benefit in 1853. When the author returned to America, in 1867, he brought his Christmas stories with him, and A Christmas Carol, his first and best, proved his most popular selection. In America, reading Charles Dickens' Carol on Christmas Eve quickly became as much a part of our tradition as reading the story of the Nativity. F.D.R., among many, read Dickens' little novel to his family every Christmas Eve. This is to say nothing here of the stage and film and television adaptations that have, in their turn, become as much a part of Christmas as actual carols, family misunderstandings and credit-card-debt.

A more modest tradition can be claimed for Truman Capote's A Christmas Memory. Originally published in 1956, and never out of print since, in one form or another, Capote's story can now quite fairly be claimed as a classic. If by no estimation the equal in popularity of Dickens, or the Gospels of Luke and Matthew, nevertheless, as part of an American Christmas tradition, Capote's short story is perhaps inferior to just these two. (Though I would be remiss not to mention just here the wonderful stories in Jean Shepard's In God We Trust, All Others Pay Cash, and Wanda Hickey's Night of Golden Memories that formed the basis of of the classic Christmas movie, "A Christmas Story." Everybody in America now surely knows the sound of Shepard's voice narrating Ralphie's quest for "an official Red Ryder carbine-action 200-shot range model air rifle.") Since at least it's republication in book form in 1966, and it's adaptation, twice, to television, Truman Capote's A Christmas Memory has become yet another Christmas perennial. I first heard it read aloud, quite expertly, in the San Francisco bookstore, A Different Light, roughly twenty years ago. It is Truman's voice that narrates the classic television version starring Geraldine Page. Since then, thanks to the Internet, I've even been able to hear a recording of the author reading the full text aloud, as well as a marvelous reading for the radio, in the 1990s, by the American actor John Shea.

And this year, in fact, marks my fifth to read it at University Book Store.

While Capote's is not strictly a ghost story, I would argue that it is, nonetheless, in keeping with the tradition. Like Dickens', at the heart, Capote's story is a visitation; a return to what was best in Christmas as we choose to remember it, in the case of Capote, to the scene of his last, perfect happiness in childhood, if such a thing has ever actually existed, for any of us.

Truman Capote was already nearing the peak of his success when he wrote this story. He wasn't there yet. That would come after the publication in 1958 of Breakfast at Tiffany's, which included A Christmas Memory, and his masterpiece, In Cold Blood, in1965. Perhaps his triumph could best be awarded to the evening of his still remembered Black & White Ball, in 1966. Still, Capote was already an established writer, and something of a celebrity when he wrote A Christmas Memory, as he said later, alone, in a hotel room on the other side of the world from Monroeville, Alabama, where Truman spent a good part of his early childhood, and where his most famous and most perfect story is set. This story, he wrote not simply for the art or profit of the thing, or just to remember, and to be less lonely come Christmas, but as a conjuration: to travel again with ghosts of his childhood, and to return to the person who had then loved him best, and the place where, in her, he made his first true friend.

I love Christmas and all its attendant traditions and trimmings. I love the lights and the music and paper and presents and the food. I love the making of Christmas, and the selling of it, and the buying, and the celebration. This then is my favorite time of year.

December however has also, for me, come to be more than a little melancholy, as the years have rolled on. I am far from family, and the most familiar traditions of my own childhood. Like most gay men my age or older, I have had other losses as well, some I can no longer separate from December 1st, and a birthday coming soon, not my own, but of a friend, no longer here to mark it. My friend, like Truman's, lived for Christmas, loved and kept it with more enthusiasm than any other full-grown person I ever knew or am likely to know. Born in December, into a large family, it was surprising that he should never the less love Christmas, however it inevitably dimmed the celebration of his birthday. Didn't matter. For my friend Peter, Christmas was a justification for his joy in excess. Even when he first moved to California, and lived in cramped, rented rooms, he had to have a proper Christmas tree. Later, when he was better established, his tree grew, even if his apartments remained modest. Christmas decorations, presents, parties, and his pleasure in various private and public pageants, at least near the end of his time, threatened to extend his Christmas well beyond the New Year. His last few Christmases, in fact, he parted with with such reluctance that a Christmas tree remained a feature of his living space nearly year round.

Truman Capote would have sympathized. His Christmas celebrations, once he had success and money, became legendary. He loved giving gifts almost as much as he liked getting them. Someone, though I forget now who, once joked that in December, Truman's apartment in New York's UN Plaza Building could be mistaken from the street below for lights of the Chrysler Building, and from his doorway, for a window at Macy's. My friend never had that kind of budget, but he tried almost that hard.

I will never forget a Christmas, when Peter had moved up to San Francisco from San Diego, and had just moved into a place of his own. Walking up his noisy, not altogether welcoming street and being buzzed into his rather shabby building, I looked down the long dark hall to see Peter's door lit up with Christmas lights, his favorite Christmas album blaring The Carpenters out into the hall, and two or three of his otherwise reclusive neighbors, all elderly gentlemen of somewhat dubious incomes and characters, congregating with paper-cups by his open door. I heard Peter's laugh -- the sound I now most miss in life; a great honking brass of a noise -- before I saw him. He was pouring an inexpensive champagne for his new neighbors and wearing an elaborate Santa hat, alight with blinking stars. That his "guests" seemed unaccustomed to such goings-on and perhaps more than a little uncomfortable at this impromptu celebration, mattered not a damn, at least to Pete. It was Christmas, or near enough to being, and everyone must be made to share in my friend's happiness. That is how I will always best remember Peter; laughing, dancing, and a little drunk, defiantly willing the world not to enjoy Christmas with him.

Christmas then, to me, will in large part, for the rest of my life, be as much his as it is mine. I mark it always, decorating our tree, wrapping gifts, singing carols, thinking of him. He is my Christmas ghost, now, and that the scene to which, come Christmas Eve, I will most likely close my eyes and return.

And so, I will read Capote's A Christmas Memory, come this Tuesday night, in a way, in the spirit in which Capote wrote it, and offer, I think, without further explanation, only this dedication: