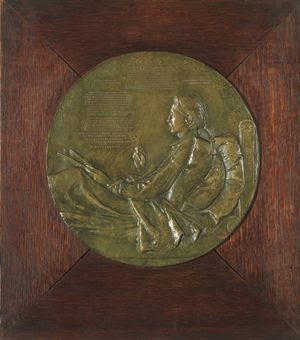 This is the way it goes, at least when the friend is mine, much missed, and a truly kindred soul: in ten days together, we went to better than a half a dozen bookstores; not counting the one in which I work, though we went there as well and more than once, and together we bought many, many books. This constitutes a vacation, you see, at least as defined by me -- and my friend. We did do other things, wonderful things, nothing to do with books. We ate marvelous food, and indifferent food, it must be admitted, though the preponderance was all to the good. My dear husband, one night, treated us to a dinner such as I suspect only the lucky and the very rich get to eat. We ate seafood, primarily, and of such quality and beauty as to engage every sense, and in a setting so beautiful; looking out across such clear water, in a fading light, at a city we love, as to make for a perfect evening, in perfect company -- and followed by a whole chocolate cake! though that last we did not eat until we got home, and took more than one day in the doing, I want to say. My friend and I went to the Seattle Aquarium, in keeping, I suppose with the nautical theme thus far, if no further, and we stood frankly amazed to find we had passed not just the planned hour there, in wonder at sea stars and the like, but the better part of the afternoon. We went to a movie. No fish. We watched another on DVD. Sad. We talked, and not just about books, for so many happy hours together that I wonder that my friend was not as hoarse from that as I've been from the flu, and as we might both have been a little from emotion, when we reluctantly said goodbye this morning at the airport.

But books, as might be imagined, figured largely throughout. Even our overnight run out of town, was to visit bookstores. To any who known either my friend or his, this would come as no surprise. Bookish men, perhaps obviously so, the pair of us. Like me, my friend is seldom if ever without. In his stylish little bag, which of necessity almost never leaves his side, besides his glasses -- two pair -- there is always a book and there are usually two, at least. Neither of us could walk from one room to the next without a book left behind, another ahead, and probably one or more carried from place to place. We were made to be friends then, if for this reason alone, though there are so many, many others. I could only start with the books between us you see, and be here and at it too long. That he has given me books, and borrowed mine, and I likewise him and his, that I only know so many poets for his having introduced them to me, and himself a poet and a good one, but also the reason I finally read James Jones, that he is also the best kind of friend besides: loyal, brilliant, witty, challenging, and dear not only to my heart, but equally to my husband's... I find the reasons I love him tumbling now in such a pellmell, and the emotion of having just sent him home again still so near the moment, that I will have to abandon my list of even these few particulars and simply send him, here, my love, and get me back to books.

One purchase he made, I mean to mention, because it was unexpected, as the best books can be, and as the best friends continue to prove themselves, even after so long an acquaintance as ours. We went downtown together one lovely, sunny day among many this trip, and walked around the famous market. My friend is just the sort of man with whom this kind of excursion proves fun and as fresh as the first time done. He delighted in the flowers, the fish, the grapes, the men. We ate good soups and a sandwich as good. And after a long and lovely walk around, and a change of parking garages to the far end of the street, because I am lazy, we held ourselves to looking up and around at the world but so long, and down we went into bookstores. In one of the best of them -- mentioned here more than once before -- I showed him "my" set of Ronald Firbank, which I was glad again to visit, as the owners are kind enough to let me now and then, as I can ill afford to bring it home and they can ill afford to part with it for the price I could reasonably pay. I dallied there with other loves, having spent some time with my "steady," as I like to think dear Firbank, and I even brought some books away with me; humbler in price, if not in art. But of those, another day. But my dear friend, R., surprised me not a little by falling in love with a handsome set of Robert Louis Stevenson. It was a very pretty thing in multiple volumes, complete, and in lovely condition for its age (as we all like to flatter ourselves to be, though these books have a better claim, objectively, if I was to bother much with objectivity just now.)

I own a set of Stevenson myself. It is a joy. ( Among the many pleasures of Stevenson, now I come to think of it, he was a man who understood friendship, so there we are.) Mine is a sturdy thing, not ugly, though illustrated, or better say littered, with some really bad American copies of better, British originals. The set that I found wooing my friend, is nicer. I understood the attraction, believe me. Now R., like any civilized boy, read his Treasure Island, etc. But I might not have guessed he would want all of Stevenson for himself. But I recognized the look he gave those books. He did not buy them that day. He discussed it, with me, and with the exceptionally pleasant bookseller at the desk -- whose good looks and good manners may have played a part as well. (I'm just sayin'.) But I knew we would be back before my friend went home. I knew that that Stevenson was his. It was a matter of time, finance as well, it's true, but really only time.

It took, I think, all of a day, if that. Arrangements were made. R. L. S. will be following my friend back to San Francisco. I did my part, and encouraged my friend's extravagance, as friends do; because he deserves to do such things more often, because he deserves the hours that Stevenson will give him, and yes, because his extravagance somehow excuses my own. (I bought a lot of books this past week.)

That is what friends, real friends, the best of friends, or at least the bookish kind of same, do for one another; we wish each other every happiness, even the ones we have no better reason to want than because we do, even the ones for which one hasn't budgeted, and specially that pleasure only found in the happiness of a friend, finding a book. We had a lot of that, this past week and it was sweet.