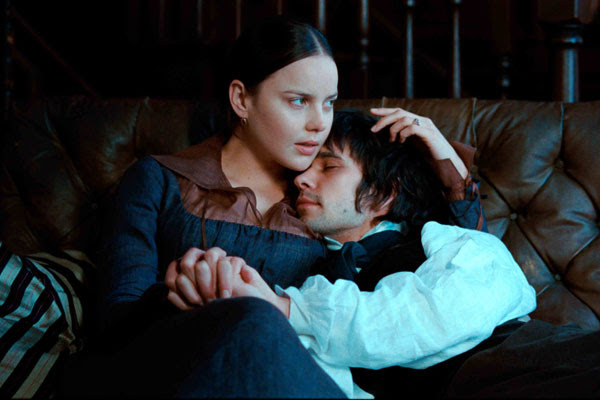 From The Letters of John Keats


"... In every age there has been in England for some two or th[r]ee centuries subjects of great popular interest on the carpet: so that however great the uproar one can scarcely prophesy any material change in the government; for as loud disturbances have agitated this country many times. All civil[iz]ed countries become gradually more enlighten'd and there should be a continual change for the better. Look at this Country at present and remember it when it was even though[t] impious to doubt the justice of a trial by Combat - From that time there has been a gradual change - Three great changes have been in progress - First for the better, next for the worse, and a third time for the better once more. The first was the gradual annihilation of the tyranny of the nobles. when kings found it their interest to conciliate the common people, elevate them and be just to them. Just when baronial Power ceased and before standing armies were so dangerous, Taxes were few. kings were lifted by the people over the heads of their nobles, and those people held a rod over kings. The change for the worse in Europe was again this. The obligation of kings to the Multitude began to be forgotten - Custom had made noblemen the humble servants of kings - Then kings turned to the Nobles as the adorners of the[i]r power, the slaves of it, and from the people as creatures continually endeavouring to check them. Then in every kingdom therre was a long struggle of kings to destroy all popular privileges. The english were the only people in europe who made a grand kick at this. They were slaves to Henry 8th but were free-men under william 3rd at the time the french were abject slaves under Lewis 14th The example of England, and the liberal writers of france and england sowed the seed of opposition to this Tyranny - and it was swelling in the ground till it burst out in the french revolution - that has had an unlucky termination. It put a stop to the rapid progress of free sentiments in England; and gave our Court hopes of turning back to the despotism of the 16 century. They have made a handle of this event in every way to undermine our freedom. They spread a horrid superstition against all inovation and improvement - The present struggle in England of the people is to destroy this superstition. What has rous'd them to do it is their distresses - Perpaps on this account the pres'ent distresses of this nation are a fortunate thing - tho so horrid in the[i]r experience. You will see I mean that the french Revolution but [for put] a tempor[a]ry stop to this third change, the change for the better - Now it is in progress again and I thing [for think] in an effectual one. This is no contest beetween whig and tory - but between right and wrong. There is scarcely a grain of party spirit now in England - Right and Wrong considered by each man abstractedly is the fashion. I know very little of these things. I am convinced however that apparently small causes make great alterations. There are little signs wherby we many [for may] know how matters are going on - This makes the business about Carlisle the Bookseller of great moment in my mind. He has been selling deistical pamphlets, republished Tom Payne and many other works held in superstitious horror. He even has been selling for some time immense numbers of a work call 'The Deist' which comes out in weekly numbers - For this Conduct he I think has had above a dozen [Prosecutions is crossed out] inditements issued against him; for which he has found Bail to the amount of many thousand Pounds - After all they are affraid to prosecute: they are affraid of his defence: it will would be published in all the papers all over the Empire: they shudder at this: the Trials would light a flame they could not extinguish. Do you not think this of great import? You will hear by the papers of the proceedings at Manchester and Hunt's triumphal entry into London - I[t] would take me a whole day and a quire of paper to give you any thing like detail - I will merely mention that it is calculated that 30.000 people were in the streets waiting for him - The whole distance from the Angel Islington to the Crown and anchor was lined with Multitudes..."

From a long letter, dated September 1819, To George and Georgiana Keats, his brother and sister in-law. ( Just to show, Keats wrote of more than love.)
Posted by usedbuyer 2.0 at 10:57 AM