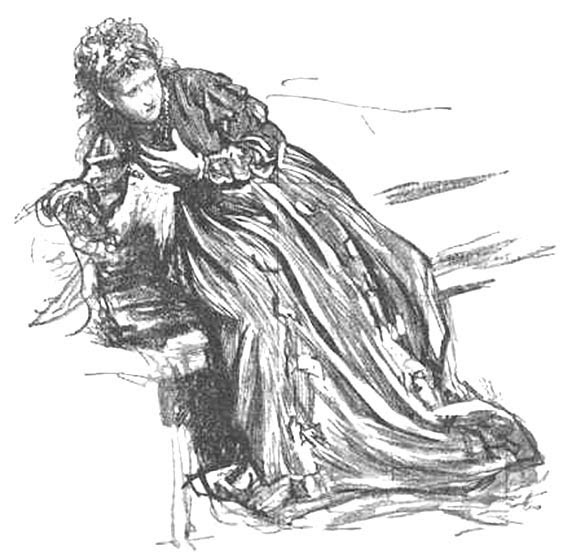 The Wide Sargasso Sea is that rarest of books, a small masterpiece born of a large one. Jean Rhys made something vital and new first from her own history, and only then from Bronte's Jane Eyre. Perhaps that's what makes Rhys' novel almost unique in being genuinely innovative and original, and moving, even though it was premised on the superior invention of a greater novelist: that the new story is told for its own sake as much or more than it is meant to comment on the earlier; that knowing Jane Eyre makes The Wide Sargasso Sea richer, and perhaps vice versa, but it is not necessary to read one to appreciate the other.

I distrust writers who adopt the characters from classic novels for any purpose other than necessity. Necessity being, in Rhys' novel, made obvious only by her success, because what she had to say through Bronte's characters, matters, and having read Rhys' novel, I can think of no other, or better way for Rhys to have written her book.

Historical personages have always been the novelist's fair game. From at least the days of Scott and Dumas, there has been a tradition of kings, queens and commoners from history being brought into novels, at a respectful distance, which seems easiest, or right into the action of things. Queen Bess is vividly real for being largely off stage in Kennilworth. Doctorow learned this lesson. Fictionalizing history, can serve history and literature. Has anything I've read in legitimate history or biography matched the portrait of Catherine de Medici in Dumas or Balzac? Vargas LLosa's Trujillo, in The Feast of the Goat, seems more true and no less deadly than the Trujillo I read about later in the biography the novel inspired me to seek out. (Macaulay's Stuarts may be that weird instance where an historian's liberties were made to serve something like a novelist's as well as a politician's point -- and so make Macaulay's history, with all its much bemoaned flaws, still a better book than any on the subject that have come after it.)

And there are fictional characters, and here I'm thinking of Sherlock Holmes, James Bond, and even of Frankenstein's monster, who, largely because it is the character and not his creator's voice which continues to fascinate, can be put to further use by other, later writers without diminishing the original, or even disrespecting the writers who invented them. Making Mary Shelley or Arthur Conan Doyle a character in a novel, as has been done successfully, is a kind of tribute to the singularity of their greatest creations, rather than an abuse of their memories. Would we know Conan Doyle's name now, but for Holmes? Aren't they become something like the same man? Wouldn't much of the novelist's life be rather embarrassing now; the spiritualism, the faerie hoax, if we didn't know he invented Holmes? And wouldn't Mary Shelley have been but the interesting daughter of a great mother and and interesting father and just the widow of a genius if she hadn't made her monster? What harm then in giving either novelist a new fame, however secondary, in new fiction?

To take on as a character in a contemporary novel a great novelist of the past, to make for example Jane Austen an amateur sleuth, is forgivable only because of the silliness of the use to which poor Jane is put in such genre trash. Dr. Johnson proved an entertaining detective a generation ago. Quick, name of the mystery writer who used him so lightly? Doesn't much matter to the reputation of Johnson or to posterity, does it? But to write seriously as a novelist about a writer all but certainly to be judged superior to oneself seems a fool's mission. Think of what Emma Tennent's reputation might have been someday, had she continued to imitate her father-in-law Henry Green, or slyly commenting on Hogg's The Private Memoirs and Confessions of a Justified Sinner, or The Strange Case of Dr. Jekyll & Mr. Hyde, both minor masterpieces, but neither harmed by a bit of a twist, instead of hacking full time as a kind of vulgar Georgette Heyer in the Austen/Bronte knock-off business. Think of Michael Cunningham doing something rather brilliantly once, in The Hours and then doing it shockingly badly indeed in Specimen Days, as if, rather than writing an original and successful novel, he had found a formula, and saw no reason not to try the recipe with new ingredients.

Sarah Waters & Michael Faber have both made admirable work from Victorian fiction, and Faber at least had already shown himself capable of good work in contemporary settings. Louis Bayard's skills as a practitioner of light fiction, on the other hand, hardly made him likely to succeed with a sequel to perhaps the most famous short novel in English, and while there was great good fun to be had from Mr. Timothy, ultimately the novel Bayard wrote was a disservice to both his slight gifts and to Dickens. Tiny Tim in a whorehouse? How not very droll. Murders? Well, Dickens has murders, and a few very unlikely and convenient murders at that, but in every novel, even the unfinished The Mystery of Edwin Drood, murder was made to serve not just the plot, but the larger purpose of Dickens' fiction, and the genuine genius of Dickens the writer. Bayard need not be ashamed of his talent, but genius, and larger purpose, he seems to lack. Compare one chapter in Bayard with even the worst chapter in Dickens and see which is better written, more interesting, likelier to last. The result, as with so many who have intentionally taken on giants, is to be predictably and almost inevitably overshadowed and embarrassed. So why do it? Why call down the inevitable? Is it just impish perversity? The attempt to turn a neat trick? Hubris?

And now we have Drood by Dan Simmons. Having only just opened the book, by page five, Simmons has his unhappily served narrator, the novelist and friend to Charles Dickens, Wilkie Collins, describing Charles Dickens in "a rural, doorless privy... bleating like a lost sheep for some paper to wipe his arse." And in that flat, ungrammatical indecency, Dan Simmons betrays the memory of both men and reveals himself as the only asshole on the scene, no? I've dipped into Drood in a few more places and found nothing in it's seven hundred and some pages to suggest that Simmons is anything other than the unedited scribbler his wide shelf of bloated speculative fiction would suggest. A Dickensian stone-mason, being kept on his way home by a boy he pays to toss rocks at him, just as one example -- and does anyone really think I will be bothered to find more? -- comes on just long enough to be colorfully described, tap a tomb wall with his hammer and then shuffle cryptically off. He may or may not serve

elsewhere in the plot, but he does serve my point. What would Dickens have made of this man? Compare that speculation with the scene Simmons wrote, and it seems obvious that nothing in Drood will be up to it's source. So I can't help asking, this time on behalf of myself and any potential fellow readers of Dickens by-way-of Dan Simmons, why bother?
Posted by usedbuyer 2.0 at 10:08 PM