Beyond the Hunter's Reach

My father hunts. My brother hunts. All the men in my family, presumably back as far as the first poacher of some Ducal deer lost in the mists of the anonymous history of the English peasantry, hunted. My father took me with him once. I was little. I did not, as I remember, carry a gun. I got water in my boots. I don't doubt I cried. I got pneumonia. I was brought home and left there with my dolls and my books.

The instinct is still in me though. I still remember with a mouth-watering vividness the smell of frying venison in my grandmother's kitchen. I wasn't averse to killing you see, I was simply disinclined, as I still am, to being out-of-doors in the cold when I might be indoors reading. My hunting has been turned. Going to the movies this afternoon, to see The Reader (quite good) and to celebrate my head-cold abating sufficiently to allow for an outing, I made the patient A. stop at the little chain used bookstore out by the mall. This is a part of any outing that takes us that way, just as is shopping in the Big Box store for toilet tissue and the pillow-sized bag of peanut M&Ms. The stop at the not very good bookstore became part of our established way years ago, when I found one very good thing there, a copy of the Essays of Montaigne, in two volumes, from Oxford University Press, translated by E. J. Trenchmann. The volumes were handsome, the translation is now my favorite, the price, as they say, was right. Finding that Montaigne marked the rather awful little store for me, put it in my range.

That is the problem hunting books. One is likely to find but one treasure in any one shop. Going back, however much later, does not mean another will have turned up. But the hunter must to the trail, must follow the scent, must be patient above all things.

And so today, after a quick and pointless look through the "Collectible" shelves, where I've never found anything, and a quick track through the fiction, I sniffed around the boxes of unshelved books dumped in front of "Fine Letters" and found Perdita: The Memoirs of Mary Robinson, (1758 - 1800,) "Poet, novelist, feminist, first mistress of George IV." Edited by M. J. Levy, and published by Peter Owen, in a rather hideous striped dustjacket (an inexplicable tradition with Peter Owen,) this looks to be very much my usual prey; obscure enough, very English indeed, and by a woman I know if at all, only glancingly and by way of other books. Five dollars and ninety-eight cents, she was. 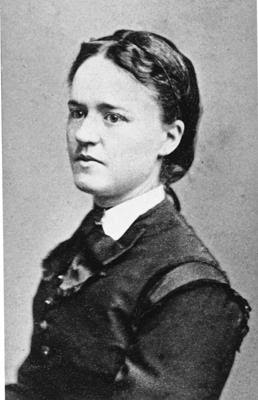 Also, in another box, I found The Death and Letters of Alice James: selected correspondence, edited, with a biographical essay by Ruth Bernard Yeazell, University of California Press, for six dollars and forty-eight cents. Now Alice is, to a degree, my least favorite James, simply because too much has been made of her, academically, and this at the expense of other more accomplished James siblings, to say nothing of her female contemporaries who did not spend their adult lives on sofas, lamenting their unhappy lot as invalids. But Alice really isn't to blame for the uses to which her diary has been put. Her letters and her diary are quite good, when loosed from the accumulated ivy of her 20th Century elevation to Feminist Sainthood. So to have a little book of just her letters, sadly only "selected," ought to be treat. The biographical essay may be the price to be paid for having a nice little hardcover collection to call my own. Remains to be seen. (There's often offal to be discarded when one takes home even small game.)

So, a hunter I am, if not of game, then of bookish bargains. And if I can not find anywhere in this benighted city a decent plate of venison at a reasonable or unreasonable price, I will content myself with a ham sandwich, great fist-fulls of peanut M&Ms, and two new books.
Posted by usedbuyer 2.0 at 7:34 PM