John and Mary go to Cleveland in their car 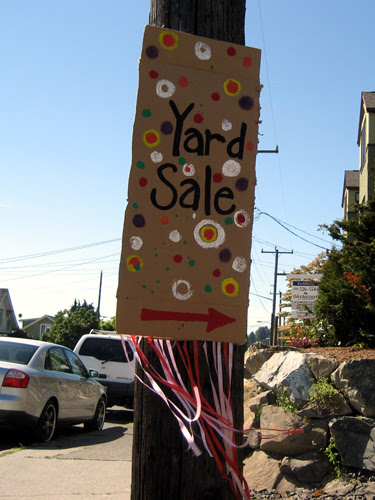 I did not grow up in a house with books. My mother read to her children, when we were small, but she does not read books for pleasure and neither does my father. Yet, all three of my parents' children do. Explain that as you may. Moreover, I wanted the books I read to be mine. There was no bookstore in the town closest to where I grew up. (Sadly, there still isn't.) My access, as a rural kid, to the town's library was restricted. The school libraries I knew as a child were sanctuaries of a sort, but they were woeful, frankly, and run according to strict and maddening rules; books lent briefly, and singly, stacks restricted according to grade, and subject to the dictates of narrow and unfriendly librarians. (Unlike, I know, many bookish people, I have no warm memories of any librarian met before I was myself an adult, and precious few of those, not already my friends, have done much to make me feel otherwise about that profession.) Perhaps that explains my covetousness.

But my mother understood how to work a yard-sale and my father, once it became clear I was happiest with my "nose in a book," had an eye at any auction and for the main chance just about anywhere he went. They found me books. They encouraged me to find them for myself as well, and like most working class parents, they never begrudged me money, if they had it, and never felt they had to understand their alien son to support his unusual but seemingly harmless obsession with books. I am grateful to them still, I only hope they know how much.

The result of this indulgence was the kind of indiscriminate, unsupervised, omnivorous buying and reading of books that makes any precocious child the kind of idiot savant who, rightly, can scare any decently trained but imaginatively challenged teacher or librarian half to death, and make the simplest instruction nightmarish and proper "guidance" all but impossible. How they must have loathed me! And I don't blame them a bit for that, even now. Autodidacts are a pain in the ass. I couldn't spell worth a damn and still can't, couldn't memorize my phone number until I was twelve, could not be bothered to find much of what I was being taught of literature, history, even basic grammar, much more than unbearably pointless. How I feel for, but should hate to meet that child now!

When I describe my reading as indiscriminate, believe me please, I do not exaggerate. I read Gothic Romances, thinking they must all be "classics," because the girls on the covers dressed with surprisingly fragile if clearly old fashioned modesty, and seemed always to be running from Castles. I read popular potboilers of the era, by the likes of Arthur Hailey and Taylor Caldwell because they were thick, and must therefor be important. I read Tolstoy at twelve -- using pens and highlighters to try and keep the characters straight, all those damned Russian diminutives -- but I read ghosted movie star autobiographies, collections of newspaper columns, filthy true crime stories that terrified me even when I didn't understand them, and anthologies of questionable taste and merit, with just as much devotion, and considerably more pleasure. I read anything old, assuming it must exist still for a reason. I read, in short as much or more trash as I did literature. It was all good.

And I read science fiction and fantasy and horror and loved them all. Having read the first before realizing that I lacked the second volume of what was then still called The Foundation Trilogy, I went nearly mad and drove everyone who knew me crazy until a copy could be procured, from where I don't remember.

Then came the day when I just couldn't read science fiction or fantasy (or horror or thrillers or potboilers,) anymore. Just couldn't. I continued to try, now and again, on the recommendation of this or that friend, or because of a review, but I could never quite do it after a certain age. I had read too much, I suppose. My tastes had changed. I had reached the age of discrimination and could not go back.

I developed a simple test for if I could or would want to read even the best, or best reviewed of genre fiction. I call it, "John and Mary go to Cleveland in their car." Here's how it works: if, by substituting any of theses simple nouns into the first sentence or paragraph of any novel, the interest in said novel evaporates, then I can't be made to give a tinker's damn about the book or the other products of that author's pen. Try it, just in your head as you read the following:

"Once upon a time there was a Martian named Valentine Michael Smith.
The first Human expedition to Mars was selected on the theory that the greatest danger to man was man himself. At that time, eight Terran years after the founding of the first human colony on Luna, an interplanetary trip made by humans had to be made in free-fall orbits -- from Tera to Mars, two hundred fifty-eight Terran days, the same for return, plus four hundred fifty-five days waiting at Mars while the planets crawled back into position for the return orbit"

That's the opening of an old favorite, Robert A. Heinlein's Stranger in a Strange Land. Can't be done, can it? If "Valentine Michael Smith" is just "John," and "Mars" is now "Cleveland," the whole pleasure of the thing is gone. So why do this? Because what I want from any book I read as an adult is the truth, which can come in fancy frills or plain words, but I also want what I read to be human, and the author honest, and almost equally important, I want the writing to be interesting in itself. None of the above quoted meets that standard. The whole of that contrivance is predicated on fundamentally false values: the interest is in the modifiers, the invented words, the pretty names, the air of importance lent by the bits of scientific knowledge of orbits and time. I as a reader have been told nothing by that worth knowing, or not better learned elsewhere. I've not met one person in it, been engaged by a single emotion, been taken anywhere I might not go by a thousand other, better paths, and the one stab at gravity, "... the theory that the greatest danger to man was man himself," is embarrassingly trite. That is empty, lazy writing. That fails the test. That is not good. That is not a book I will ever read again.

I'm not a great fan of Philip K. Dick, but this, the opening of A Scanner Darkly, is remarkably good, isn't it? Dick's politics, to the extent he can be said to have had any, are awful, his personality as a writer is frankly mean, his vision adolescently grim, but, boy-howdy, he could write. Look at the power in those boxy little sentences he stacks up without ever tipping the thing over into some Lost Generation parody. How fast does Dick moves us right into this man, into his mind, into his story. I mean, as disagreeable as this is clearly going to be, don't you want to know something more of the poor crazy bastard covered in bugs? And there's not a wasted flourish, or bit of self indulgence, not one ill-chosen, or invented or ridiculously exotic word anywhere in that. It's as sinister and thin as a redneck's smile, but this is admirably written.

Of course this is all a matter of taste. But then taste is what defines not only what one reads, but why one reads, and how. And the acquisition and refinement of taste is the raison d'etre of the autodidact. So I'm not sorry for anything I read by chance as a child. I'm grateful for all of it. That doesn't mean I ever want to read any of it again. Not unless, again of course, John and Mary go to Cleveland in their car and I want to go along.
Posted by usedbuyer 2.0 at 12:39 AM