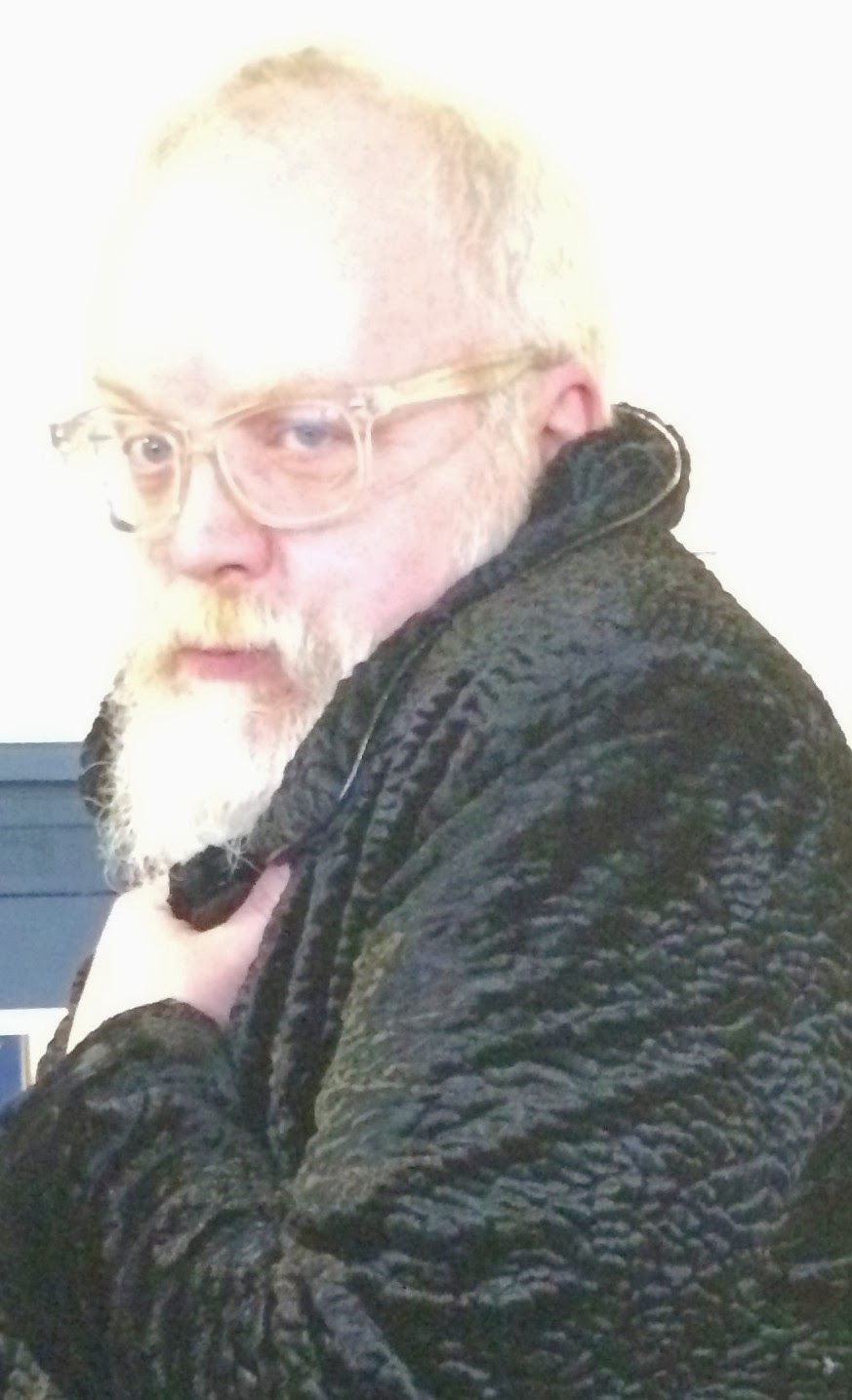 Other than haiku, if there ever was a format to which it would seem I am uniquely unsuited, surely Twitter's "140 characters" rule would be it, no?  (I have no idea how many "characters" there might be for example in that last sentence.  Even if I wanted to count them -- and I don't -- experience tells me that even so simple a calculation may well be beyond my innumerate little brain.  Can't count my fingers and toes without using my fingers and toes, as it were.)  More to the point, however, is the obvious fact that I'm not the most succinct communicator.

When I first started this enterprise five years ago, a journalist friend of mine offered two well-meant suggestions.  First, I should abandon the Oxford comma, and secondly, I should stop writing about how badly I write.  Well, here we are.  Still not confident that the way I go about this rises to the level of an actual style, let alone a good one, and still using what are probably too many commas, semicolons, etc.

I have made my piece with running on.

More?  I've never, to my knowledge followed a Twitterer (Tweeter?  Twitt?) or even read a tweet not imbedded in an article, or posted on facebook.  No reason, other than not being on Twitter, I suppose.

I don't text.  I have a cellphone.  Unless I'm back in Pennsylvania visiting the old people, I don't use my cellphone, except maybe to call home to see if we need milk.  I still call it a "cellphone," for heaven's sake!

Finally, I do this.  Everyday, or thereabouts.  And I do a bit of the ol' Tumblr now for work, as well as contributing again to the bookstore's blog.  Periodically I contribute to NWBooklovers. That's about enough, wouldn't you say?  For a man who'd rather be in his armchair, reading Willa Cather's letters?

Given all that, why then, just today, launch myself into yet another online undertaking by creating my very own Twitter account, @UsedbuyerBrad?

It isn't as if my experience doing this blog has led me to have expectations.  For the most part, my original estimation of my audience was about right; friends and acquaintances,mostly in the book business, a few chance bibliophiles who happen by, and the occasional post that gets passed around a bit more than usual.  That's just as it should be.  (Besides, just today someone told me that "blogs are considered kind of old fashioned now," which may explain why I've gotten so comfortable with doing one.)  Likewise, I don't see myself lighting up the Twittersphere.  So, having resisted every encouragement to do so before today, and my own admittedly mild curiosity, why tweet today?

It's to do with work, honestly.  The bookstore's blog was finally revived -- at last -- though, without me.  Only really in the last couple of months have I yielded to the blandishments of my betters on the job and begun to contribute again.  Now the bookstore has an active Tumblr account as well.  The bookstore's events staff tweets, and others in the organization, including other departments and a number of coworkers and friends, tweet.  Publishers, authors I like, industry types all tweet.  I experimented with a Tumblr of my own, a couple of years ago.  I enjoyed that, as an experiment, for roughly a year, but I'd always intended that to be a finite undertaking; roughly one year recorded in books and snapshots of the empty bookstore, my own books, and the like.  More recently, helping to launch the Tumblr  for the New & Used Books Department has been very interesting for me, and frankly, exciting.  Talking with my boss this afternoon about a podcast she wants to do around kids' books.  It's all good.

I mean that.  I really think it is.  (Okay, maybe not Reddit.  The youngsters will be pleased to know the ol' man still hasn't figured out quite what is going on there.  Can't say I care for it, whatever it is.)

However late I am getting to the party -- and still no interest in Pinterest -- I am increasingly convinced, this stuff matters.  Seriously.  Not me doing it necessarily, you understand, but participating in it.  As a bookseller, as someone interested in literary culture and the future of print, among other things, and as confusing as that might be, I think it behooves me, the bookstore where I work, and booksellers in general to become engaged in every way possible with social media.  Doesn't mean we all need do it all the time, or do everything.  It certainly isn't something I see replacing, or even crowding what I actually do for a living, which is buying and selling books.  I want to be part of the conversation; with my customers, with vendors, with authors and publishers and my fellow booksellers, readers, critics and enthusiasts.  Social media is where that conversation is now happening.

And crusty as I am, I'm happy to say that social media has been a boon to me, personally.  It has allowed me to reconnect with old friends and widen my acquaintance and extended my sympathies.  While we still take two newspapers in my house, and read at least three, the Internet has made me better informed and given me access to information, news and literature I might never otherwise have found.  In terms of what I've been able to do with it, tangibly, this new technology has made it possible for me produce an annual calendar for four years and two modest books.  Most significantly, doing Usedbuyer2.0 for the past five years has taught me the value of the essay, the attempt, and, in a small way, made me a platform and given me some public identity beyond my job description.

So why not?  What does it cost me to extend the experiment?  If in so doing I have the opportunity to do something that may help me to do the thing I love doing best, buying and selling books, better, why not have a go at even this?

And maybe I'll learn something finally about the value of brevity.  Soul of wit, so they say.
Posted by usedbuyer 2.0 at 11:49 PM