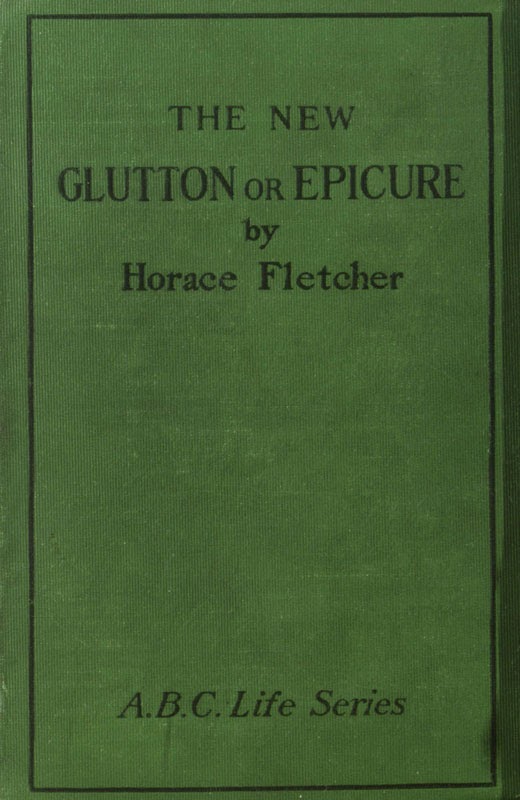 From Gulp: Adventures on the Alimentary Canal, by Mary Roach

"Practitioners of Fletcher's hyperefficient chewing regimen, he wrote, should produce one-tenth the bodily waste considered normal in the health and hygiene texts of his day.  And of a superior guality -- as demonstrated by an unnamed 'literary test subject' who, in July 1903, while living in a hotel in Washington, D. C., subsisted on a glass of milk and four Fletcherized corn muffins a day.  It was a maximally efficient scenario.  At the end of eight days, he produced sixty-four thousand words, and just one BM."