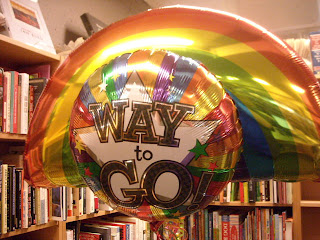 David Hume, whose History of England I happen to be reading just now, said elsewhere that "A wise man proportions his belief to the evidence."  That being so, the evidence today is good that Dr. King's moral cosmology was correct as to the direction, if surprisingly conservative as to the time.  I cannot be the only person today to have been reminded of the famous aphorism:

"The arc of the moral universe is long, but it bends toward justice."

I imagine Hume would have endorsed that sentiment, though not without certain historical reservations.  He would probably have been astonished, and not a little worried at the remarkable acceleration in civil liberties witnessed in just this past year or so and allowed to stand in two Supreme Court cases decided yesterday.  (Come to that, Hume might well be astonished to find the American republic still standing better than two hundred years after it's founding.  But then Hume was, in many ways a very conservative and sceptical fellow.)

For someone of my generation, born in a time when homosexuality was still criminalized in most of America, and de facto racial segregation was still the rule if no longer the law in the United States, our moral progress in the past few decades can seem breathtakingly fast.  And there is just cause for celebration today, no doubt.  (The other thing running in a loop in my head today is a song by Earth Wind & Fire.  If you are at least my age, then you know the one I mean without being told the title.)  No one keeping up with this week's Supreme Court news however can afford to celebrate without at least a sobering disappointment in the other major decision announced just days ago.  Certainly no student of history can read the opinion of Justice Anthony Kennedy in the DOMA case without a profound gratitude sadly tempered if not undone by the majority opinion striking down Section 4 of the Voting Rights Act.  Have we really come so far?

The answer of course is that we have and we haven't -- a fact seemingly obvious to everyone except perhaps the conservative majority on the Court.  That these contradictory decisions: one acknowledging the changing attitudes of the majority population toward a minority group still denied full equality to date by the federal government and before the law, the other erroneously assuming that the full force of better than three hundred years of systematic and pervasive racial disenfranchisement need now no longer be addressed before the fact but only after, that these decisions should come so close together then actually reinforces Dr. King's figure of an old humanity, slow to move, if inexorably in the right direction.  To indulge in the Buddhist cliche, two steps forward...

Again, though he was probably unacquainted with the phrase, this might be another truism Hume the historian would have endorsed.  It certainly seems painfully obvious today. 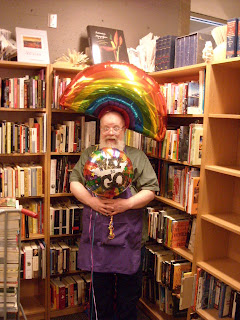 Nonetheless, reading history or watching it happen, I confess that today, whatever my personal and profound reservations and disappointment in the Supreme Court of the United States, and in our stumbling progress to equality in this country, I will allow that today, I am a happy man, as you can see.