Autographed by the Author 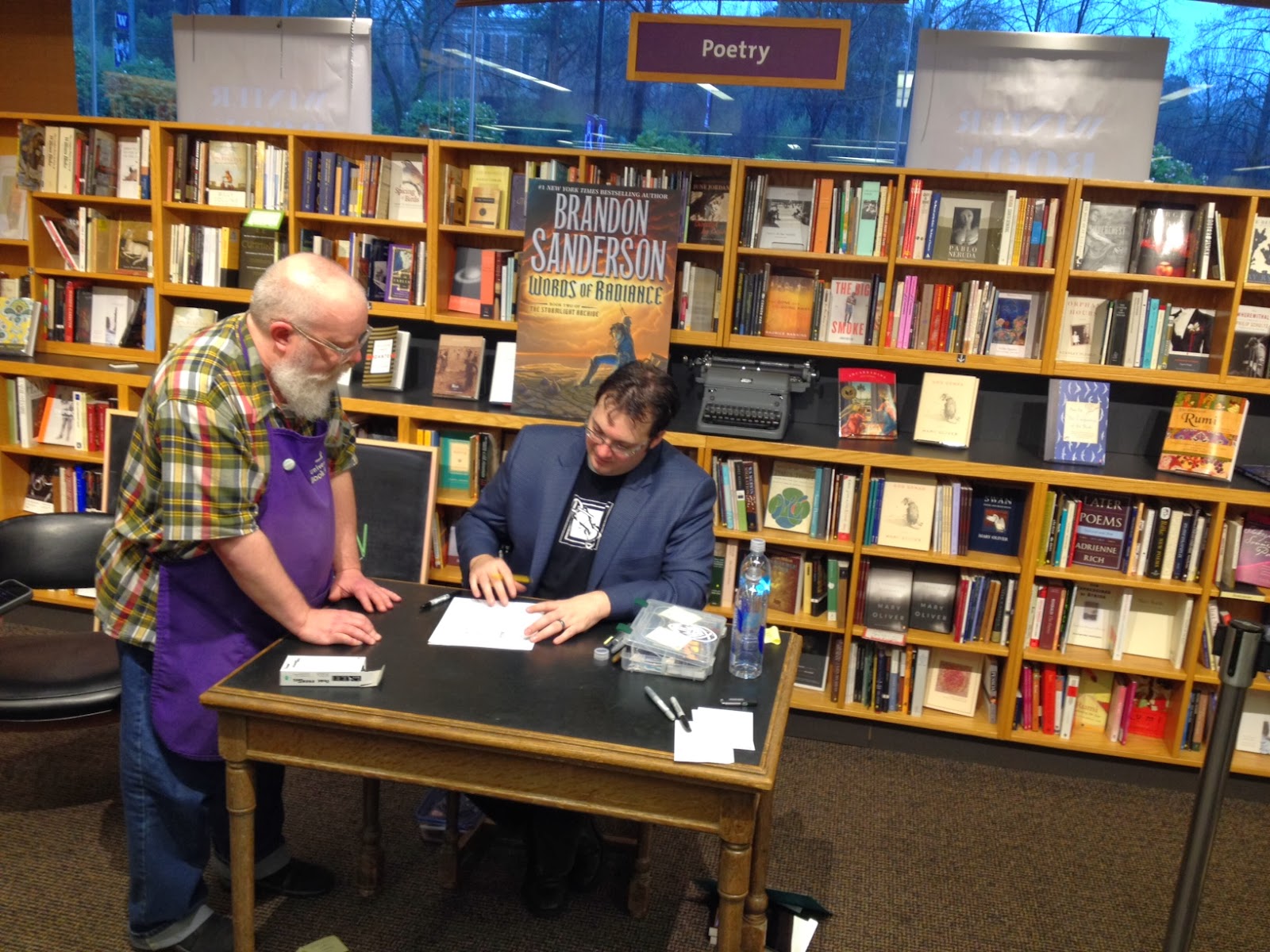 Not something I do, generally.  In the first place, often as not, I draw dead people.  In the second, even when I draw "from life" I know that the way I do what I do, sometimes try as I might, is not the sort of thing people put up on the refrigerator.  Sometimes, for friends, though even there I am cautious.  I've found over the years that there are people who are amused by what I do, people who are even amused when I do it to them, and there are people, even very dear friends, who aren't.

Turns out, the fantasy writer, Brandon Sanderson, author of Words of Radiance, is one of life's gentlemen.  He was in the bookstore today, nearly all day, signing for a huge crowd of fans.  He said some very kind things about the bookstore, about the support he's had from independent bookstores and our store in particular.  We knew him when.  We were glad to have him sign when nobody knew his name, so now he's glad to sign when he has to spend the whole afternoon just to get through the line.  I liked what he had to say, and not just about the bookstore.  He really did seem a nice fellow.  So, I drew him.

Brandon Sanderson writes books, big ones, very, very popular ones.  Well, I draw caricatures, mostly.  So I drew him.  Then, when the line finally ended, I took my little sketch upstairs, told him who I was and that I liked what he'd had to say, and then I asked him to sign my drawing.  He did.  He also laughed. 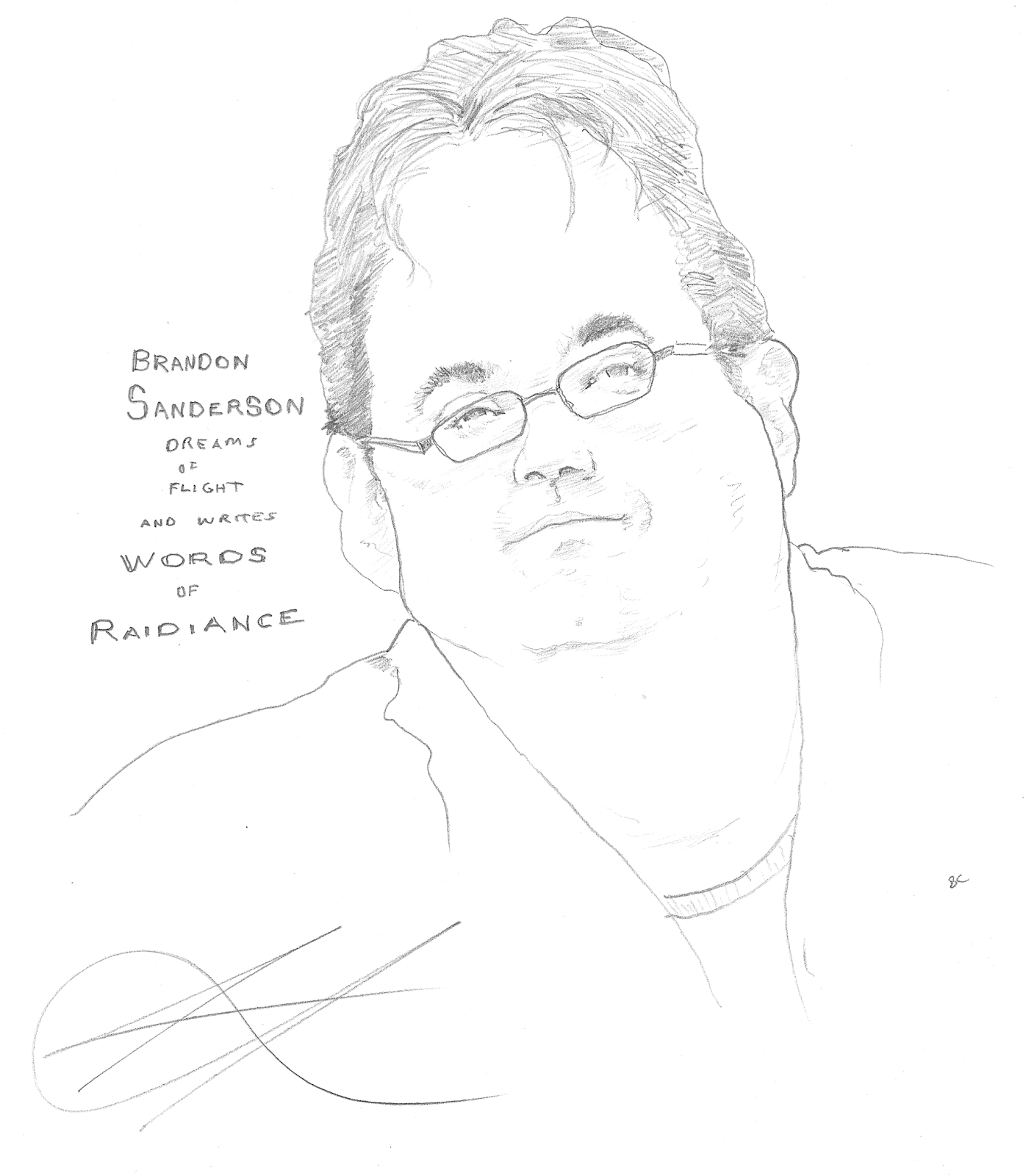