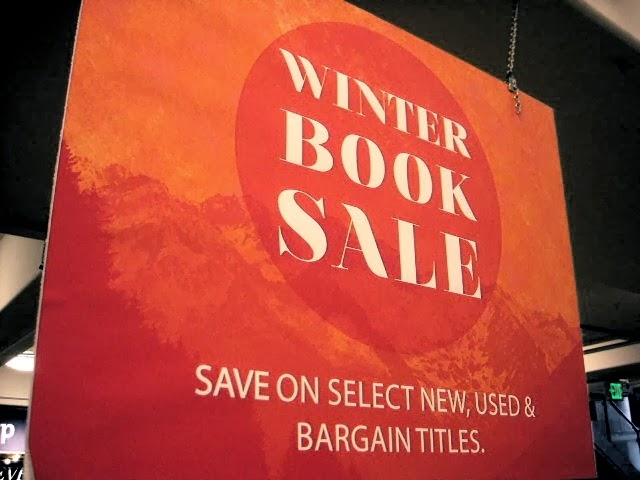 Book sales are a ruthless business.  Two, three, four times a year it happens, and frankly every time it is still a shock.  I ought to be immune to it by now but I'm not.  I still can't help but feel that every time some wonderful, old used book, a book I bought for the bookstore where I work and where I fully expected the book to sell at the price I gave it, every time such a book gets "clearanced," I've failed that book, it's destined reader, the bookstore.  It's an irrational response to an inevitable consequence of buying and selling books.  Books sell or they don't.  We do our best for and by them, and our customers, but books, like everything else, aren't always worth what we might have hoped; some books are only worth half of that.  Some, half of that again.  Some will always prove themselves to have been not worth the time it took to print the tags we put on them.

There are of course truly worthless books, even destructive and dangerous ones -- Science and Health with a Key to the Scriptures comes first to mind, dated computer manuals, filled crosswords, and the poems of William Topaz McGonagall, though even these will have their defenders. I am not here concerned with these.

There's nothing wrong with the books that go out in a clearance-sale, most of 'em, other than the sad fact that nobody bought them.  Someone will, once they've been "marked down."  Sure as every buyer loves a bargain and the true bibliophile needs strong arms and a stiff back, there will now be customers for the books no one bothered on our shelves. 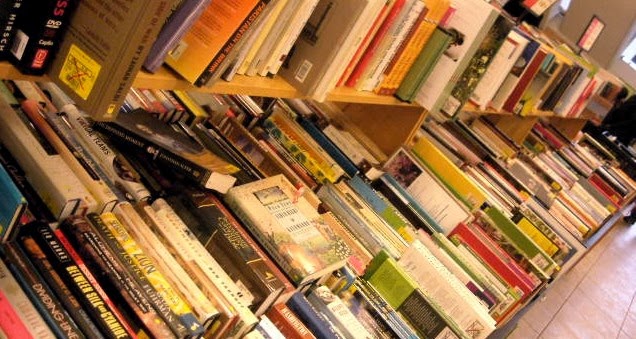 The lobby of the bookstore is once again full from end to end and side to side with the accumulated, unsold stock inevitable to the enterprise: the new titles just that little bit too late or too expensive to be returned to their publishers, the last of the runs of bargain and remaindered books that have already had their day on the lobby tables, and the used books no one bought after a year, or two years, or three. 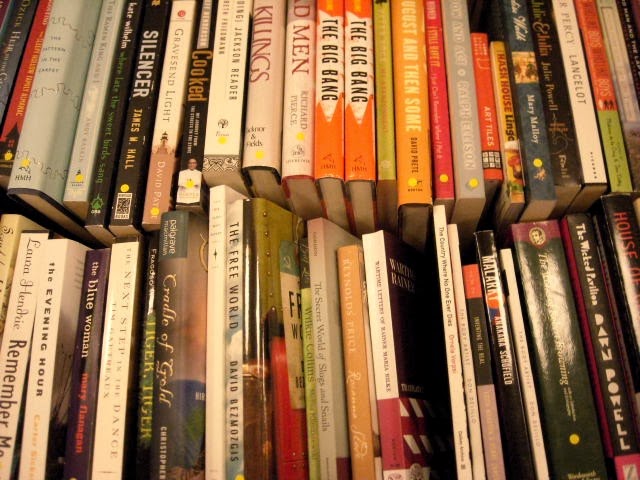 It's that last category that breaks my heart a little every time one of these big book sales goes up again.  (After all, I didn't buy the other ones for the bookstore, did I?  No.)  It's depressing enough seeing some lovely, new book of just yesterday, already remaindered and returned to the bookstore as a bargain title in what feels like the blink of an eye.  (Here I note some of the beautifully designed reissues of Penguin Classics in hardcovers that would seem to have had little more than time it took to launch them again on an indifferent public to be abandoned to the bargain warehouses.)  To then see even these already reduced books devalued to the point of basically being given away, stings.  Various theories might be advanced for the failure of this new title or that, and most of the new and newish books out in the sale aren't there because they sold not at all, but because the bookstore simply ended up with too many copies that couldn't be returned.  But for the used books no one buys until their already low prices are halved, I resist the urge to rescue them and return them to the shelves, even at the lower price.

That's a fool's errand.  I know.  I've been that fool, more than once.

In truth, walking by these books every day is an exercise not so much in regret or self-recrimination, but rather in self-restraint.  I remain convinced, you see, that I might still find a customer for that lovely old book on lovely old Queen Wilhelmina.  I'm sure given just another brief stay of execution, I might yet sell someone on that handsome anthology of poets celebrating the joys of rural life -- with pretty pen and ink of cows and such throughout.

Who doesn't like a pretty picture of a healthy Guernsey to illustrate a pretty poem by John Clare?

Not that I liked the damned thing so well as to feel the need of it myself.

Books can break one's heart, even when they've never won it.

So I make myself keep walking right past the lot every day, now that they've been condemned.  And may God have mercy...
Posted by usedbuyer 2.0 at 9:12 PM