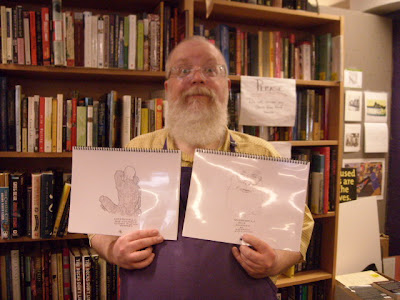 That's right, there are two this year. I might as easily have done just this Science Fiction/Fantasy edition for 2013, but as I did this project first as a Christmas gift for family and friends, I thought I'd better have the traditional literary caricatures as well. Not everyone will want SF/F, or know who those people are. but then, not everyone getting a calendar for Christmas will know who anyone is in either. I send these things to family as well as friends. 'nough said. 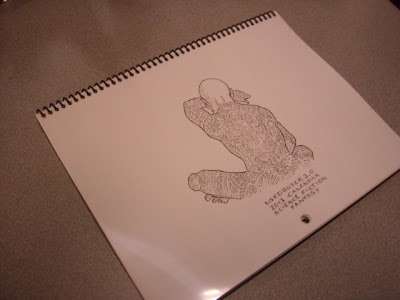 I'm proud of the cover, described elsewhere. Turned out okay. 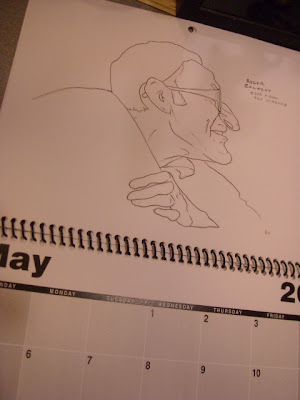 See, here's Roger Zelazny, dead now some time, but of whom I was passing fond in my fantasy and science fiction reading youth. Is he still read? I note much of what he wrote is still in print, which can be no bad thing. In drawing him, I'm rather counting on some interested parties will be at least as old as I am. We shall see. 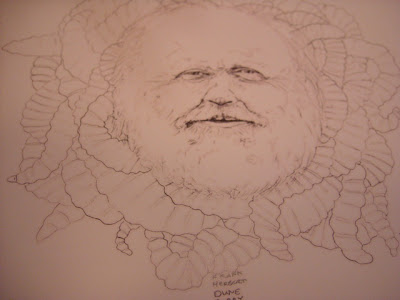 Here's another example of my age. When I read Dune, it was a trilogy, and Frank Herbert was the man. To my mind, so it will always be. The work-husband, when he saw this one, said that Mr. Herbert Sr. looked rather "like a pumpkin" here. I can see that. A rather wormy pumpkin. How appropriate for October, no? 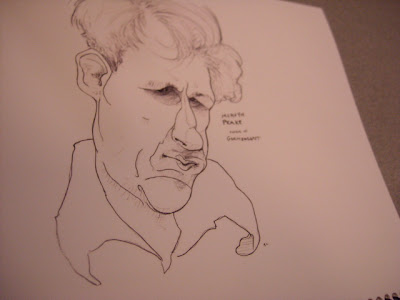 And Mervyn Peake, author of the superbly weird Gormenghast! Afraid he's about as close as this calendar comes to beefcake, though I'd certainly put in a word for Kevin Smith, also featured here. Fat can be fun. (So I keep telling the boys, anyway.)