The Sequel of my Resolution 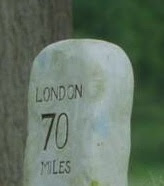 Well now. Tonight, I made my one hundredth posting, give or take, of me reading aloud on Youtube.com. Another little milestone passed. Pray, do not be too much impressed. When that number is reduced to something like its component parts, what sounds a considerable undertaking may be seen for what its been. Consider, just to start somewhere, that after now more than two years, the sum total in viewing time is 261.56 minutes, or roughly four and a half hours, but of this, two and a half hours come from public readings I did at the bookstore, and that, of the four public readings I've posted, only about an hour and a quarter are just me. The others involved others reading as well. In fact, my part in the two longest readings that I've posted was smaller than anyone else's. I was responsible for handing out the parts there. Clever me. Anyway, the public readings, because of my limited technical skills and understanding of these things, required from two to seven separate posts apiece, each less than ten minutes long, because I couldn't figure out any other way to post the damned things, at least not without being instructed that I had exceeded the time allowed. Don't know who or what decides such things, but who am I to question?

Just to keep on for the moment crunching the numbers, of the remaining two hours worth of reading aloud, by my calculations I've read selections now from six letters, three selections from Dickens, and maybe twice that number from Lamb, though not so long, a few other bits of prose, and something like fifty seven poems. Now, that last sounds rather substantial, don't it? Consider though, many if not most of the poems I've read have run less than a minute each, even at my sometimes sluggish pace, and any number are no better than limericks, clerihews and the like. Hardly the stuff of sonorous beauties, much of it, but, to give the minors their due, much of it fun, for me anyway.

All of which adds up, in the end, to less than a major contribution to the preservation of the spoken text -- cluck, cluck -- but I, for one, am glad of the effort, nonetheless. My reasons for posting these readings, much like my reasons for making the selections I did to read, are not altogether admirable. Frankly, too many nights together, whatever deep thoughts I was dreaming, and whatever working-drafts I may have had in the hopper, I've found Thalia & her sisters otherwise engaged, and could not write a line I'd want even my dearest friends to read. Some of these blanks I've taken to filling with various doodles and like thoughtless little sketches. I've also produced enough doggerel now to consider making a small book of clerihews. (A project that may or may not ever happen, but that will doubtless look increasingly attractive when the holidays roll back around and produce the annual anxiety to get something, anything, into the mail by way of gifts, even if only such nonsense as a collection of my little puffs. You're welcome, friends and family. Be polite, now.) Other nights, the only thing I could think to do was read something aloud. I do this anyway, often as not, just to hear the words, amuse myself and pass the night. I believe very much in the value of this for any reader, as there is writing, and not just poesy, that really ought to be heard to be appreciated, even if all one does is read it aloud, alone, in the privacy of the wee hours. Some of the things I've read aloud and posted online, I put up with this idea in mind, honest, and thought, in this way, to share my enthusiasm for the language, and the authors I love best. I've also found myself reading short poems and other brief bits, all the while thinking, right, that would work for a quick video. Not proud of that, but it seems to work. (A small irony: some of the more popular postings I've done have been selections made without much thought beyond the utility of a quick, uncomplicated reading. Some of my more labored efforts, as might be easily guessed, considering the obscurity of some of the sources and my failure to always do these neglected voices proper justice, have not proved quite so wildly popular. Imagine that. Not many people searching out videotaped readings of Arthur Hugh Clough. Keep in mind, if anyone other than me looks at the things I've posted, I'm thrilled, so some perspective is required as to just what makes something I've done a success. Pretty much anyone watches, anyone who I've neither shamed nor bullied into looking at me, and that is very big deal.)

As to the quality of my performance, I have tried the best I can. The production of even the public videos does not rise much above a recording of a birthday party, though I'm still impressed when I don't kick the camera over or waste a full hour trying to get through a three minute long poem. My reading voice is more practiced now than it has ever been, but that isn't the same thing as saying that the quality of my voice, or of my reading, is anything better than anyone else might do in an easy chair, after ten at night, with a little camera on a tripod two feet away. I'm not looking to be contradicted here; I honestly believe that the best that might come of doing this kind of thing, and from posting my efforts online, would be to encourage other people, specially young people, to give reading aloud a try. Seriously, if I can do it, anyone can.

And it is worth doing. I am resolved. When I look at the number of videos posted online by students, booksellers, bloggers and readers, reviewing the books they've read, liked or disliked, I wonder that so few people seem to think it worthwhile to actually read even so much as a line of what they've read. Lots of people willing to express an opinion. Nothing wrong with that. Some of what I've seen has been surprisingly thoughtful, and encouraging. Often the only thing other than opinion that seems to be posted -- when there hasn't been an adaptation of the book for BBC television -- are the same poems, by the usual poets, read over and over again, or animated with Star Wars action-fugures, or in disturbingly ugly animation of the poet's portrait with only the mouth moving. Creepy. Of the vast resources of English and American literature, there would seem to be very little of it making it onto the web in any recognizable form, the actual writing intact, so that someone might actually be led or directed back to the source, to reading the books. Too much that gets put up, too much of the little that has anything to do with books, would seem to be produced with the idea that the books themselves matter less than the ten minutes or less of whatever it is from the books that can be made to fit in a video posting. I would hope that my fuzzy mug, not being much of an attraction as such, might, with the right words coming out of it, make the occasional viewer think to go and find Charles Lamb's Essays of Elia, or The Notebooks of Samuel Butler, of The Best Letters of William Cowper, or The Poetical Works of Walter Savage Landor. The idea that I might, in this way still very new to me, encourage anyone to read David Copperfield, is far and away my fondest hope.

As a reader, and a bookseller, I'm persuaded that we do indeed need new ways to bring people to the best books. Why not this? I'll give it a go. Try it.

In all the time that I've now been doing this: writing here, posting my literary caricatures and my little clerihews, putting up videos, the single best response that I've had to date, better than all the kind words and encouragement I've had from friends, and the notice taken by authors and journalists and my few, dear regular readers, the best compliment I've ever had was a comment left by "Juan," on Youtube.com. It reads as follows:

"I am a 19 year old college student, and because of advanced programs I﻿ took in high school, I don't have to take any literature classes, but watching and listening to your videos today has made me consider taking some classes just to experience the written word in a way not taught in high schools. So, in a word, thank you for opening my eyes."

Now that makes me proud.