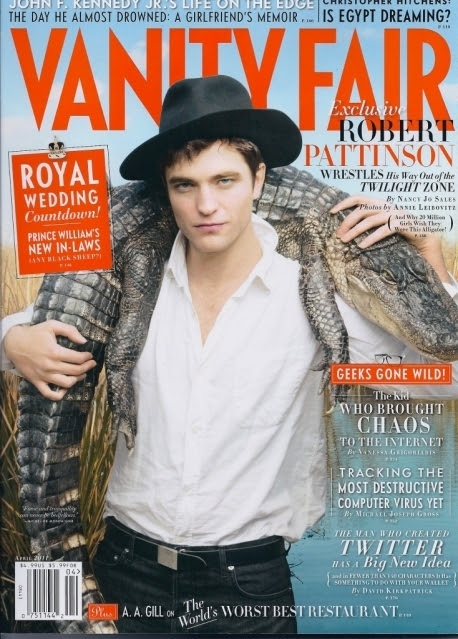 There are a few surviving monthly magazines to which I remain devoted. None, I must admit, are terribly serious. I will still read a long piece in one of the more earnest periodicals, specially if it is by a journalist, economist or popular academic whose work I already know and respect, but I no longer feel quite the responsibility to keep up that I once did. I confess to having come by now to certain conclusions about the way the world works, and my place in it, and like most people similarly situated squarely in the middle of the actuarial tables, I tend more often now to read in anticipation of having my beliefs confirmed rather than challenged. The passionate engagement with new ideas that was so much a feature of the way I read in my youth, and the way I argued with my friends and acquaintance, has lost much of its excitement, as has, no doubt, my conversation, and my thinking. Oh well. The newness of things is now more something to be overcome rather than an attraction. Doesn't make me immune to other people's opinions, just increasingly skeptical, even of my own. What do I know? Show me I'm wrong, if you insist, but do it gently, please, as it's nearly time for dinner, isn't it? My enthusiasm for confrontation and disagreement, and the chances, increasingly remote, of being pursued to change my mind as a result of such a discussion, are not what they once were. In other words, I've gotten a little older, that's all. I'm not up for every argument anymore. Nothing to be smug about. Nowadays? I would rather be home, in my nightshirt, eating homemade chicken and noodles with the husband, and reading about rich people gone bad in Vanity Fair Magazine.

An argument could be made for why this is a bad thing, but not by me anymore, at least not tonight. Certainly, I'm at least a little ashamed of myself. There's a piece in The New York Review of Books on what constitutes the good life, by Ronald Dworkin, that I've been meaning to read for some time now. Instead, I'm eating noodles and reading glossy pulp, so yes, I've fallen off, intellectually, quite a bit lately. Oh well.

I like the pretty movie stars on the cover, though I can't really read the interviews any more -- Sharon Stone getting in touch with her "Irishness" by reading Dylan Thomas (!) rather cured me of those. But I still enjoy the monthly snark of the columnists. I like the ridiculously improbable fashion advertisements; good to know what purse would look best with which shoes should I ever find myself wearing a Burberry tartan at three AM, high, bored and obviously hungry, on a scooter in the alley behind a Greek taverna. Hell, in my house, we even like rubbing those stinky perfume ads on each other. Really though, what I count on every month is the true crime story. Not the corporate malfeasance, or the biggest bad deal in the history of big, bad, boring business, but rather the heirs gone wild, the deadly third wives, Mrs. Astor's ashtrays going missing, the murderous plastic surgeon on the lam in the Alps, that sort of thing. For me, one of the happiest features of an informed democracy is the knowledge that somewhere, even as I write, someone is investigating the circumstances of a Rockefeller overdose for Vanity Fair. Yeah!

It's genius, really. Any tabloid, digital or print, can tell me more than I need to know about starlets caught with coke in their cars, or action stars with a taste for dick on the down-low, but only the good people of VF will have the skinny on the oligarchs who drug their horses, buy their chambermaids from child-stealers, and bury their schizophrenics in padded estates in Connecticut. Ah, the American Dream! As an increasingly complacent pleb with a taste for the better things in life, it is not enough for me to know that the rich have nicer lawns and better views out their windows -- though that may explain why Architectural Digest is still going I suppose -- I want to know how the mistress came to raise llamas on what used to be the polo field, and why the paranoid billionaire died of smoke-inhalation after setting fire to the bathroom trash basket in his condo in Monaco. Call it the tragedy of wealth, the fall of the pointlessly overprivileged, the Dominick-Who-Dunne-It. Bless the man's memory. What the editors of VF understand is that I, their devoted reader, do not so much want to see how the other half lives, as how the other half collapses with an aneurysm while being spanked by underaged hookers in Indonesia. It's a brilliant strategy for keeping the service industry population -- all of the rest of us, in other words -- contentedly in our place, covetous, but but not so discourteous as to actually rebel. It works, too. Why should we envy the rich, when their children are all hooked on heroin or unhappily remarried to murderous Russian prostitutes and their grandchildren are being kidnapped in Sicily? Who could really begrudge the upper upper their "cottages" on the Vineyard, when the gardener's daughter will inevitably require a not so quiet abortion, or a nephew will marry a leftist intellectual from Ecuador, or a daughter in law will want to be in the movies, and that sort of thing will just as inevitably "get in the papers," and all but ruin grand-mère's nerves, send daddy to the bottle and embarrass the cousins at their fundraiser for the new wing at the MoMA?

In the theology of American capitalism, there is no more reassuring corollary to the articles -- hard work will always be rewarded, property is a right but healthcare isn't, taxes impede investment, the rich are always with us, etc., -- than the sure knowledge that within a generation, unless they are made to earn an allowance imitating the servants, and taught to invest more than they spend on cocaine and false SAT scores, the rich will ruin themselves, and the really rich will do so in even more entertaining and imaginative ways than the rest of us might ever have dreamed of doing. Such fun! There is no Old Money in America, not really. We do not have the habit of inheritance and leisure. Or rather, while a still frightfully small number of us have acquired the means, we have never quite mastered the methods of aristocracy. Money inspires no loyalty here, except to money itself. Unlike the Europeans, here, you look too close at any billionaire's family tree and you'll still find, if not a barefoot Baptist grandma, then some other embarrassment, like a son with an unhealthy interest in ballet. Here, the rich need criminal attorneys, not faithful retainers. Those of us unlikely to ever earn more than we already owe, may admire the moneyed, but we usually get to pity their children. Keeps everything from feeling quite so... obviously unfair.

Now I know that this is simply not true. I know that, if anything, the shoe salesman who votes Republican and takes his family every Sunday to hear the hillbilly preach "prosperity" in the mega-church is a bigger fool than the peasant who dropped his plow to follow his Master on Crusade. The plowman had never otherwise seen past his fence. He'd never heard anyone disagree with a priest, met anyone who'd read a book, heard another language but the one he barely spoke, seen anyone who didn't look just like him, or imagined a world larger than what he could cross on foot. Most likely, he'd never met a Muslim until one or the other of them was hoist on the end of a pike. The modern world requires a more willful ignorance. I know that for every hilariously improbable true story of pyramid investors ruined, or infighting among the undeserving heirs of a baby-powder fortune, the truth of economic inequality in this country grows more embarrassingly blatant every hour that the current congress sits in session. Rapacity is rewarded, corporate crime goes unpunished, incompetence above a certain pay-grade is without consequence, etc., etc., etc.

But just for tonight, I want the odd villain punished by the Fates, the great house to fall, unmourned, and the princess to run mad with grief. Why not? Why not indulge, for just a little, in the willing suspension of disbelief, and watch the show? It's a sop. Doesn't matter. Some people, adults mind you, spend all their leisure hours imagining a world populated by magical elves and evil wizards. It's childish, but where's the harm, really? Me, I want to read something with cursed gold, protracted lawsuits and suicides in penthouses.

So for dessert tonight, I think I'll have... scandal. Aids the digestion after a long day's work in retail. We can argue about the existence of a just or any other kind of God another time. I promise. With my Pinwheel cookies and skim milk, I think tonight I'll just read about bad people, in good shoes, coming to bad ends, and then I'll brush my teeth.