"What Are You Reading?" 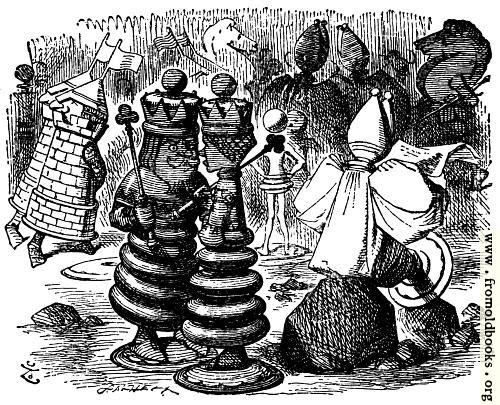 "What are you reading?"

The question recurs, as you might imagine in my line of work. I've been asked by coworkers in the breakroom, fellow passengers on the bus, customers who have mistaken the books I am pricing at the buying desk for books I'm reading. (Of course we none of us pause to read while working.) And I ask in turn. Knowing what is being read is knowing what might sell, to whom and why. Research, see? It is also just the politesse in a bookstore. Often as not, it is enough to ask to engage even some of the shyest souls who would otherwise go on strangers no matter how often we pass one another in the halls or ride silently up together on the freight. It is the most obvious question. Still a good one though.

And any answer is good. I have been shocked to find some of the most retiring, mild souls reading the most violent trash. I have, just as frequently, discovered the most seemingly unlikely readers of Joyce just this way, or Proust, or James. It is, as they say, all good. Recommendation is a part of the bookseller's job and not everyone encountered on the sales-floor will share my appreciation of the quaint village fictions of Angela Thirkell -- just to mention a "hard sell" I've been pointlessly pushing for years. (Honestly, she's quite good. Your dear old anglophile aunt will love them as I do, honest she will.) To make recommendations in a bookstore, the bookseller mayn't rely entirely, obviously, on his or her taste. One must have titles, lots and lots of titles, and authors otherwise unknown but at secondhand, to succeed at what we call in the trade, "hand-selling."

There are two schools of thought as to the meaning or origin of that phrase, at least as it is used in bookstores. Putting books, and lots of them, into the hands of one's customers is one thought. The other is more to do with handling the customers, though obviously not in an inappropriate way, rather figuratively kneading the information necessary to make a sale out of reluctant or shy customers. Both are right. But it does no good to get clues unless one has potentials solutions to hand. Waiters have "tasting menus" that teach them the new dishes being serves. Booksellers get advance reading copies of books not yet published. We read reviews. We kibitz. But the best way to add books into the pile to be placed before a customer is to know what others might recommend, thus the question.

The assumption of the inexperienced bookseller is that one is being asked for an opinion when asked for a recommendation. Not true, not usually, or rather, one is being asked for as many opinions as might prove useful. One's own may be the least of these. Better to have bunches. Oscar said somewhere that a really unbiased opinion can only be given about things one finds uninteresting. (Though, as always with Oscar, I'm sure he said it better than that, and were I a better borrower, I would find the quote, but it is already late.) The bookseller substantiates this daily. Unbiased opinion is the bookseller's stock in trade. There are so many dull books about so many dull things, or rather so many interests not shared; "birding," for example, or the contemporary political memoir, or woodworking, and yet, as a seller of books, recommendations must be made. So, to be polite, for the great diversity of interests among readers, be thankful.

There are those rare occasions when a personal opinion is sincerely solicited by a stranger, but most of us really just want some validation of our own taste. This can never be assumed. A few years ago I was having a perfectly pleasant conversation at the cash register with a very nice couple, both professors of literature. I don't remember the books they were buying, though I assume that that was where our conversation started. As I remember them, as readers of fiction, we seemed to have much in common. Then my favorite question was turned on me. Innocently, I answered.

"what are you reading?"

"The Vicar of Wakefield."

"Well, I'm reading it, again, as have countless readers for better than three hundred years."

Now in the course of our pleasant conversation to this point, reference had already been made to a book that, as I remember it, the good Doctors had written and published themselves. My interest in it had been genuine, and might have remained at least polite, had husband and wife not scoffed.

"That means nothing!" said the Red Queen.

"Well," said the bad clerk, smiling as innocently as Alice, "do you think anyone will be reading your book three hundred years from today?"

Not perhaps the note on which one hopes to end a conversation at a cash register, though I did my best to back-pedal again into civility and we all parted, if not friends, then without a registered complaint being made. I've seen them since. We continue civil, and I've even helped one or the other to a book or two, though they've never asked my opinion again, nor have I added their book to my list of regular recommendations. I admit, I've never read it.

As Oscar also said, “In all matters of opinion, our adversaries are insane.”

Thus more proof that opinions, other than one's own, are often best, at least in retail work.
Posted by usedbuyer 2.0 at 11:24 PM