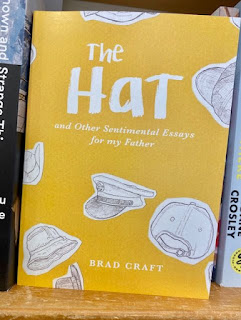 "Like all young men I set out to be a genius, but mercifully laughter intervened."
--Lawrence Durrell

I still take a compliment like a punch. One ought not to wince, but I do. Twain said he could live two months on good compliment. That seems about right. Still, it seems wrong to not be at least abashed.

I was not raised to think this. To call attention was to show off. To enthuse was to exaggerate. From the perspective of my parents' generation, adults ought to know when they had done a thing satisfactorily, without being told so. Children might and should be encouraged, of course. I was. One of the primary functions of the family was to say what needed saying, and what didn't, and to teach us to tell the difference. An adult's proof of character was in not needing to be praised as a child might be, but in simply knowing, from example and instruction when one had done right and well -- or not. A woman might and should be complimented on her appearance, her clean and respectful children, the tidy state of her home. A man might be told he'd done a good job, that he had a handsome family, a good wife. That was about that. (It was a more primitive time.) But to be an adult was to know without being told.  Any recognition or reward must come naturally of work, but was not to be expected. The world's attention was rightly focused elsewhere. To solicit praise was to not know if it was deserved, and hence symptomatic of an unattractive uncertainty as to either one's effort or the rightness of the endeavor.

"You know how good you did," was the highest compliment, not offered lightly, and usually in lieu of more obvious expressions of family pride.

All of which sounds unduly stern and unloving. Not so. As a child, I was if anything cosseted. Somewhat sickly and feeble, whatever actual expectations were had of me, there was no stinting of praise for every little picture I drew, word I learned early, and story I told. My interests, in books and art and theater, so unlike anything my parents knew, were encouraged by whatever means might be found in an environment hardly rich in such things. Every 4H ribbon was preserved, every newspaper-clipping of every Optimists Club forensic competition was saved, every program from every play was kept. Every sacrifice required to provide me with any available means to realize my dreams and satisfy my curiosity was made ungrudgingly. Only when my tendency to fantasy threatened to endanger my health or future prospects was my willfulness checked: pirates mustn't jump out of haylofts, stuffed animals did not sit down with us to supper, no, you can not wear that costume to school. My sensitivity to dispraise was counted on generally to check my greatest excesses. Children are not subtle creatures, but for the most part, subtle signs of disapproval were thought to be enough; a frown might tell me when a story had been carried too far, silence might suggest that I was talking too much, or in a way inappropriate to the company.

I absorbed entire into my most true self, every lesson I might of my parents' natural modesty and made a secret fetish of what I mistook for independence from the opinion of the world. In a small town, it can matter desperately what might be said by the neighbors, or the bosses, as one was dependent on the good opinion of other people to earn a living and secure a place in the scheme of things. Better then to know, to the extent one may have any confidence in such things, that one hasn't said anything beyond what one had the right to say, or talked too loud, or made a fool of anyone other than one's self, which sometimes simply can't be helped. Reserve and tact, kindness and pity, then I took in with my mother's milk. Such is what I was taught, but not all I learned. I came to understand that in the wider world modesty and reserve -- the Yin and Yang of working class civility -- may be and has been exploited to keep people, my people, in their place. That which is right and proper may not always be enough keep body and soul together.  As my father said, "Sometimes you don't say something, they'll take the shoes off your feet and the ground you're standing on." Self respect, at least in the ethical sense, I understand.

Encountering the word "compliments" -- plural, note -- in Austen, I understood immediately. One did not send or offer one's "compliments" where I grew up, but I got it when I read it: the requirements of courtesy, no more and no less.

“But you must give my compliments to him. Yes — I think it must be compliments. Is not there a something wanted, Miss Price, in our language — a something between compliments and — and love — to suit the sort of friendly acquaintance we have had together? — So many months acquaintance! — But compliments may be sufficient here.”

Someone tells me now, "You can draw!" I can. Someone says, "You look good!" Sometimes I do. Someone announces, "You're funny!" I can be. These to me are compliments in the other sense, praise, that I can take, though I'm likely, taking each in turn, to answer with 1) "passes the time", 2) "today", and 3) "not always". See the problem, if it is a problem?

Just now I've made another little book. This one, unlike the ones that came before it, isn't meant to amuse, though I hope there's funny in it. This one is titled The Hat and Other Sentimental Essays for my Father. Not capitalizing the word "my" in the title was a typo. I did not correct it. Telling? Perhaps it is.

I want to tell you everything that is wrong with the book; that the cover got trimmed too much, all the typos, etc. I am making myself not do this. I am reminding myself that this is not the point.

These brief essays I collected as a gift for my mother, in memory of my father. Spoke to my mother last night. She read the book and likes it. Made her cry, but she kept reading. Mission accomplished.

Other people, not my mother, have already said nice things to me about this book.

I am learning, no?

That would seem to me to be the point. I've had to unlearn certain things -- like certainty -- in order to do anything at all worth doing. I've had to remember where I came from, and accept the man who raised me, just as, unbelievably enough, he came to accept me. This book may not be much, but if nothing else it is evidence of that progress.

So, if you like it, thank you. Let me extend my compliments to the reader. You're most welcome.

Pick up one of my new calendars while you're at it.

And now I must go hide my blushes in the pastry-case and eat my feelings just the way the Good Lord intended.