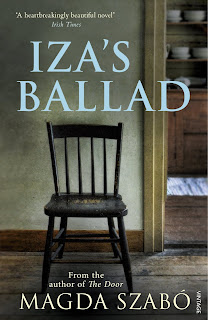 From Iza's Ballad, by Magda Szabo, translated by George Szirtes

"Now he was preparing things. He had always liked this kind of mindless activity, opening tins, laying the table, doing this and that, the kind of things Iza dismissed but which were the joys of everyday living for him, something that assured him he had food to eat and that what he was eating was something he had himself bought, not what others gave him."