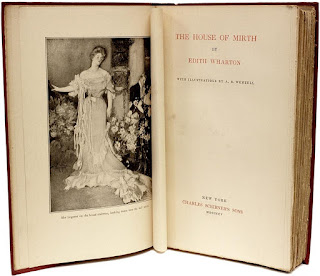 From The House of Mirth, by Edith Wharton

"It was a dreadful hour -- an hour from which she emerged shrinking and seared, as though her lids had been scorched by its actual glare. It was not that she had never had premonitory glimpses of such an outbreak; but rather because, here and there throughout the three months, the surface of life had shown such ominous cracks and vapors that her fears had always been on the alert for an upheaval."