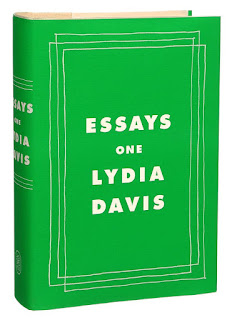 From Essays One, by Lydia Davis

"The letters spoke, at the time that he wrote them, from out of his absence when he was no more than geographically remote, and by habit invisible; they speak as distinctly now that he is truly gone, though what is also gone now, as it was not then, is the possibility of replying to him, except in one's thoughts."

From Maurice Blanchot Absent
Posted by usedbuyer 2.0 at 12:01 AM