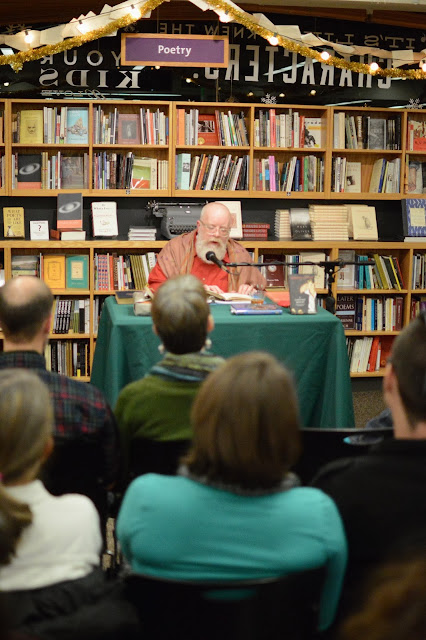 I have a friend, a kinder friend has no man:
Like an ingrate, I left my friend abruptly;


Left him, to muse on the old familiar faces.

I've been lucky in old friends. I don't mean -- or don't just mean -- the friends I've known the longest. I mean I've been fortunate all my life to know old people.

I know, I know. This is not current usage. The old we now call other names: "seniors", and "ninety years young", and the like. Advertisements encourage us to think that "seventy is the new forty", and tell us that we are only as old as our last little blue pill made us feel, or the last time we ran a marathon and talked with our friends about "term life insurance" and reverse mortgages. (Does one ever speak of anything else these days?! I know I don't.) An eighty-year-old actress is insulted when someone brings up her new thirty-year-old's face, and a physician -- an actual medical doctor with a legitimate degree -- can describe an obese seventy-year-old with obvious intellectual challenges as being in "excellent health". We do not like that word, "old" and, by implication at least the faces, and by extension, the owners of those faces it might best be used to describe.

This may well be the fault of unfamiliarity. We live now further from the old we may know. We see them less often or at greater distance. I grew up with the old. Two grandmothers I was lucky enough to have near, great aunts and uncles, friends, and what Truman Capote only calls, rather ominously, "relatives." I knew the old people my parents knew. I knew my grandparents' friends, and the people they knew from church, and the Temperance League, and fraternal organizations, and the auction-barns, and just to speak to in the street. The old, like the poor were always with us. Perhaps for that reason I saw nothing strange or ugly in old faces. Old hands held mine. I was rocked in old arms, and slept on the warmth of old breasts. All adults are old to small children. When I was a child and knew nothing of the distinctions between middle and old age, I learned to look for kindness, likeliest in old eyes and counted on the gentleness of those who seemed always where I'd left them last, "Seeking to find the old, familiar faces."

Every year for 12 years now, at just this time of year, I've read aloud a little masterpiece by Truman Capote. A Christmas Memory is, among many things besides, the story of the author's oldest friend, an old woman named Sook. Cousins of a kind, they were much together. She taught him what love looked like, what it meant, and that the memory of it may be all we sometimes have. He never forgot. Nor have I. Why I read the story every year, that we might not forget.

That said, we do forget. We never mean to, I'm sure, but we do. Another writer, himself not yet old when he wrote the poem, knew this too well. The English essayist and poet, Charles Lamb is another favorite of mine. The Old Familiar Faces is perhaps his only truly great poem. In that, quoted above, he mentions turning "abruptly" from the friend right with him to remember those not there. I know what it is to make such a turn; to forget that one might remember. What else do we owe the old but this, that we might remember them, and even be ashamed that we had forgot?

I remember my Aunt Dolly, actually my grandmother's sister, who, at better than two hundred pounds and well over four feet tall, would dance a Charleston if someone hummed a tune, who laughed 'til she cried when my father would whisper a joke in her ear that he would not otherwise tell "in mixed company", and who liked nothing better than to play on the floor with even shorter people. She taught me that the attention of others need not be earned, but offered generously to those we love.

I remember Ernest Smithers, an old friend of my father who smelled of tobacco and beer and who always, in memory at least, wore a rough, checked, hunter's shirt that felt scratchy but but good to lean against. He was missing two knuckles on one hand and never seemed to mind a little boy's fascination with this or to begrudge that hand for closer examination. He taught me to not mind the difference in what might be a disability.

I remember my grandmother's friend Flora, who kept a beauty shop in her basement, as much for gossip as for business, and who made me my first cocktail, though really it was shrimp in a sharp sauce, served in a tall glass. So exotic and adult, that was. Those lunches taught me to listen for better stories than I was used to hearing.

I remember the way that same grandmother played the piano with a strong peddle, making every song into a march, and every hymn sound cheerful. From fury, as much as enthusiasm, we make art.

I learned love from my parents, but I learned how to love from the old.

And then, I forgot them, as it seems we are meant to do. We make our own lives. We make our own friends. We move on, and the past is left, but just there, where we left them last, that we might always find it again, love, when we may need it.

So tonight, may we remember and be again forgiven that we forgot. Remember with me the old, familiar faces. Remember Truman and Sook. Remember what Christmas meant, and what it still might mean. Remember the old friends, and thank you to the new ones here present.