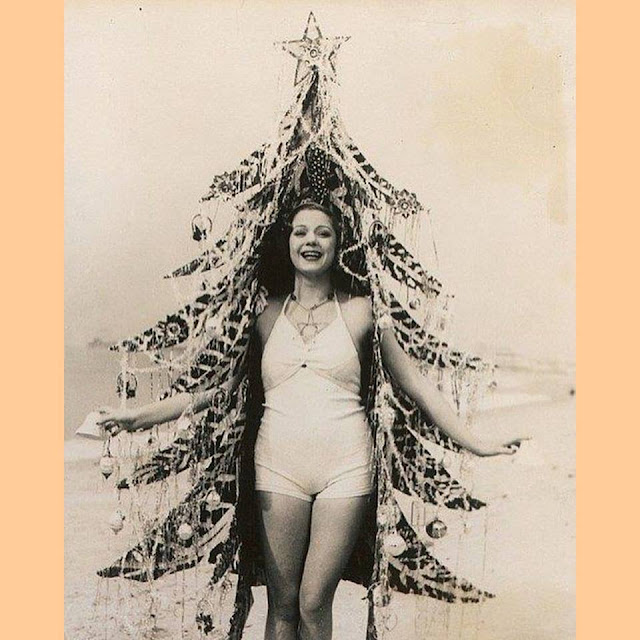 "Mrs. Harold Gunthe, nee Anette Beuhla McGee, known professionally as 'Beuhla Belle, The Girl Who'll Never Tell', has passed away in Actors Home, Los Angeles, after a long illness. She was preceded in death by her husband Harold 'Bud" Gunthe in 1961. Beuhla met her late husband while performing her famous 'balls off' number in the Minsky's Christmas Show in Jersey City, NJ, when famously one of her discarded ornaments put out his good right eye. Bud always said, 'I knew right in the ambulance I was going to marry that girl.' Even in retirement, Beuhla could still be persuaded to revive her most famous number every December, at the end performing from her wheelchair decorated appropriately by an appreciative nursing and support staff at her assisted living facility. 'It just won't be the same this year without Beuhla's balls flying,' said the home's entertainment director, Mitchell Burke, of Beuhla's contribution to the annual Christmas Talent Show."
Posted by usedbuyer 2.0 at 1:14 AM