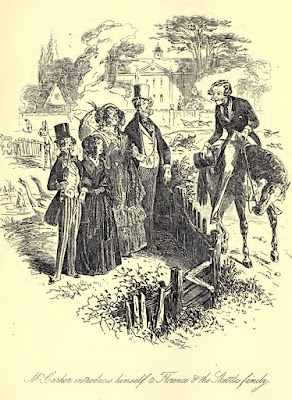 From On Further Reflection: 60 Years of Writing, by Jonathan Miller

“A character in a novel is not in it in the way that someone real might be in Birmingham or in a cubicle.  He can’t be taken out of the book, as some people suppose, and put into a film since he is made out of the same sort of material as the book he’s in.  Mr. Carker, for example, is undoubtedly a peculiar individual.  Perhaps his most interesting peculiarity is in fact that he is in Dombey and Son and can’t get out of it.”