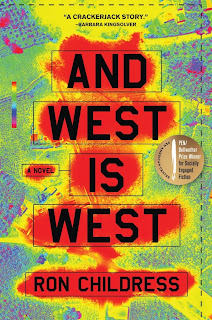 From And West Is West, by Ron Childress

“In the previous century the sin of losing money was forgivable.  Bankruptcy was lenient.  The rich were neither so rich nor so greedy nor so paranoid.  But with the American century shrinking in the rearview mirror, the country has given up on being the land of second chances, or even first.  Basically, the new millennium sucks for latecomers.”