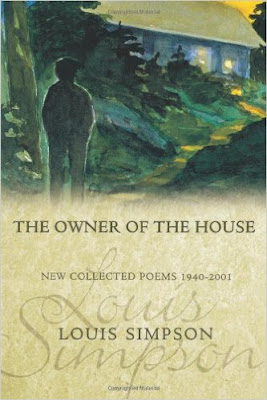 A light is on in my father's study.
"Still up?" he says, and we are silent,
looking at the harbor lights,
listening to the surf
and the creak of coconut boughs.

He is working late on cases.
No impassioned speech! He argues from evidence,
actually pacing out and measuring,
while the fans revolving on the ceiling
winnow the true from the false.

Once he passed a brass curtain rod
through a head made out of plaster
and showed the jury the angle of fire--
where the murderer must have stood.
For years, all through my childhood,
if I opened a closet . . . bang!
There would be the dead man's head
with a black hole in the forehead.

All the arguing in the world
will not stay the moon.
She has come all the way from Russia
to gaze for a while in a mango tree
and light the wall of a veranda,
before resuming her interrupted journey
beyond the harbor and the lighthouse
at Port Royal, turning away
from land to the open sea.

Yet, nothing in nature changes, from that day to this,
she is still the mother of us all.
I can see the drifting offshore lights,
black posts where the pelicans brood.

And the light that used to shine
at night in my father's study
now shines as late in mine.