Epitaph on a Hare, by William Cowper 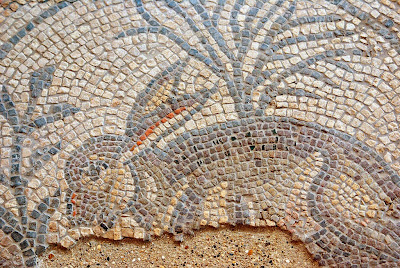 
Old Tiney, surliest of his kind,
Who, nursed with tender care,
And to domesticate bounds confined,
Was still a wild jack-hare.


Though duly from my hand he took
His pittance every night,
He did it with a jealous look,
And, when he could, would bite.


His diet was of wheaten bread,
And milk, and oats, and straw,
Thistles, or lettuces instead,
With sand to scour his maw.


On twigs of hawthorn he regaled,
On pippins’ russet peel;
And, when his juicy salads failed,
Sliced carrot pleased him well.


A Turkey carpet was his lawn,
Whereon he loved to bound,
To skip and gambol like a fawn,
And swing his rump around.


His frisking was at evening hours,
For then he lost his fear;
But most before approaching showers,
Or when a storm drew near.


Eight years and five round-rolling moons
He thus saw steal away,
Dozing out all his idle noons,
And every night at play.


I kept him for his humor’s sake,
For he would oft beguile
My heart of thoughts that made it ache,
And force me to a smile.


But now, beneath this walnut-shade
He finds his long, last home,
And waits in snug concealment laid,
Till gentler Puss shall come.


He, still more agèd, feels the shocks
From which no care can save,
And, partner once of Tiney’s box,
Must soon partake his grave.
Posted by usedbuyer 2.0 at 4:54 PM