A Dream That I Can Call My Own 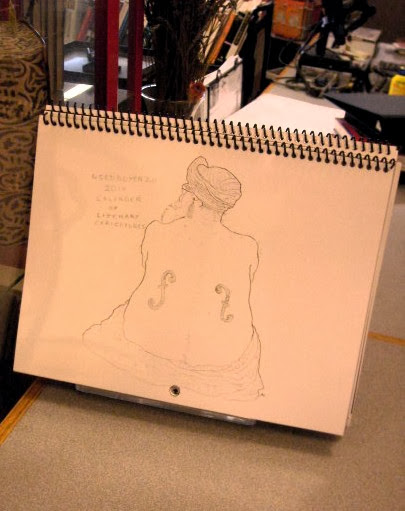 With apologies to the faithful two or three who might have asked already, the Usedbuyer2.0, 2014 Calendar of Literary Caricatures is now available for sale at the University Book Store, Seattle.  The listing has yet to appear on the website, but it eventually will.  In the meantime, the objects themselves are in stock and available for order. 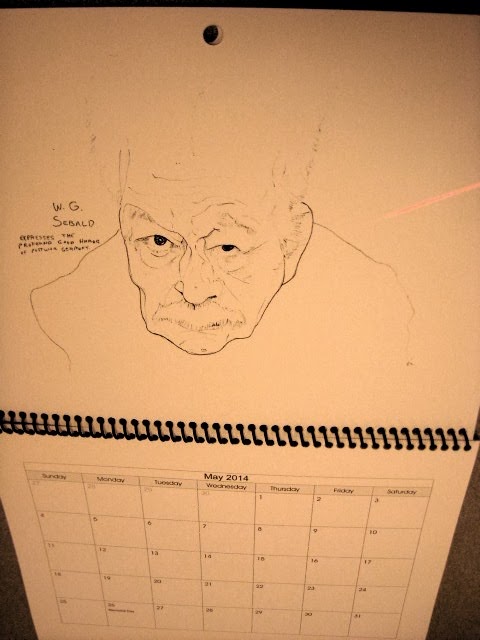 An eclectic selection of authors this year again, to say the least, but then one would not have it otherwise, would one?  (How many chances does one get, nowadays to use the phrase, "would one"?)

Above would be W. G. Sebold, for example.  How many calendars ya gonna with Sebold's mug in 'em?  Only here. 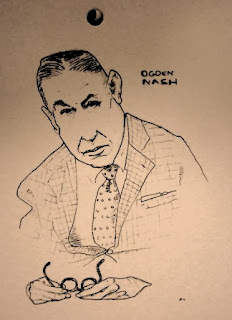 More predictably perhaps, at least insofar as yours faithfully, there are also authors on the lighter side of literature, like our beloved Ogden Nash, whose 111th birthday was celebrated with a reading at the bookstore just last month.

True, I've drawn him in a surprisingly somber pose, but then he was a serious poet, for all his sillier charms.  And then there was that irresistibly checkered suit.  A suit like that rather requires a steady gaze and a serious mien, does it not?  The jacket in the actual photo looked quite dapper, may I say, and with that tastefully spotted tie, dear ol' O. N. was something of a 50's fashion plate, I should have thought.

Anyway, it's good to have him about the place; call him a benignant spirit. 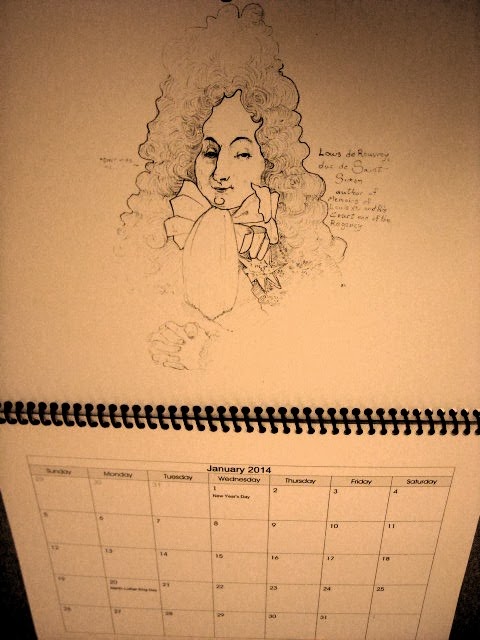 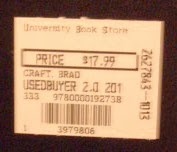 Above just here would be a doodle of that most glorious of time-wasters, the gloriously overdone, Louis de Rouvroy, duc de Saint-Simon, a right royal gossip nonparallel and one of the late Helene Hanff's favorite literary companions through many a long winter night in a cold-water-flat in Brooklyn, as I recall.

To the immediate right, a snap of the price tag, should the curious have need.
Posted by usedbuyer 2.0 at 10:19 PM