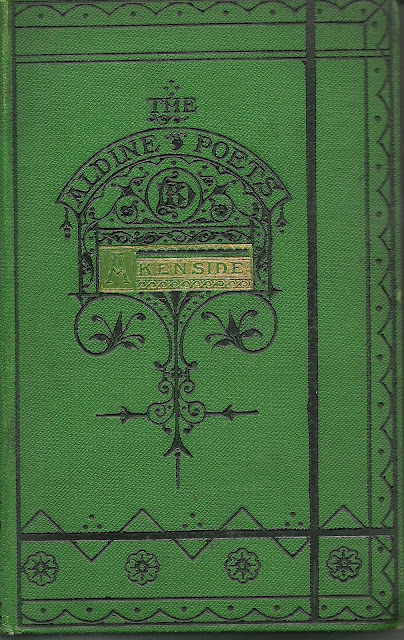 For a man who lives his life and works his job in paper books, I do seem to be ever more involved in virtual things.  Who would have guessed, may I say?  But, here I am.   I do this.  I post a tumblr of bookstore pictures.  I'm a contributor to another site altogether (a paying gig, that, if you can credit it!)  I recently became an editor -- or whatever they call themselves --  at Goodreads, just to add bookcovers and author's pictures and the like.  That last has proved most satisfying.   I'm tempted still to apply for a similar designation at Wikipedia, but I haven't done it yet.

I am a supporter of the Wiki.  I love me some Wiki.  I use it probably once a day at least; at work, for author's titles, or the names of movie adaptations, all sorts.  I use it at home as much or more.  I think the democratic nature of the whole enterprise wholly admirable, and find even the many inherent goofs in the system rather endearing.

My Wikipedia of course is not everyone's Wikipedia.  I remember a very funny routine from the comic actor Jeff Garlin, describing his brother in law, or some such person, a friend anyway, messing about his Wikipedia entry so regularly -- proclaiming him a failed violin prodigy, among other nonsense -- until finally Garlin's entry was removed entirely as unreliable.  (I notice it's back now.)  That's not usually my kind of Wiki info.  That's not why I've considered apply to participate.  I don't know Jeff Garlin and have no interest, for instance, in messing with him.

What I've always really wanted to be able to do, other people will usually have done by the time I look again.  For instance, for a long time the picture up on Wikipedia for the 19th Century novelist and philosopher, Samuel Butler was a picture of the 17th Century author of the same name.  As I said, all long since squared away by somebody else.  Despite my self-important urge to correct such passing editorial missteps, now and then, my experience has been mostly marvelous.  Why?  Well, because if we're being honest, my Wikipedia is basically the 11th Encyclopedia Britannica.  You know the one; the last and greatest edition of one of the greatest  reference works ever assembled; thousands of entries, written by hundreds of experts, anonymously, at least in theory, but much of it written by famous scientists, philosophers, essayist, etc.  Some of the stuff in that classic edition still reads as beautifully as the day it was written, and many of those entries, at least the literary and historical items, may well still be the best summary available, on or off-line of, say, a rather obscure 18th Century English poet.

That's the first line of his Wikipedia entry.   That's my kind of search, my kind of reading, my Britannica, hence my Wikipedia.  The rest is about word for word the 1911 Britannica entry, right down to the Edmund Gosse quote at the end, describing Akenside (rather obscurely now) as "a sort of frozen Keats."


I've no idea what that last means.  I know who Edmund Gosse was. That's more than most people, I should think.  That's not a boast, just further indication of the eccentricity of my taste.  Interestingly enough, to me at least, Gosse may very well have written the entry on Akenside, complete with his own quote for the Britannica.  Just the sort of thing the old boy got up to, honestly.  (To give him something more like his due though, Gosse was a vey important critic and general man of letters in his day, and the author of a brilliant and lasting memoir, titled Father and Son, 1907.)   I have the means of looking that Gosse quote up myself, as I'm pretty sure it's from his own Illustrated Record of English Literature (1903 - 1904) a copy of which I happen to own, but I don't feel tonight like trying to dig those weighty volumes out.

(That famous 1911 edition of the Britannica, besides being one of the only encyclopedias still worth spit in the collectible market, is also now justly notorious as a favorite among reactionaries, racists and nostalgic imperialists.  Chock-a-block it is with all sorts of now embarrassing White Men's Burdens and psuedoscientific nonsense about race, religion and the rest.  No one but a fool would suggest a book of reference from 1911 was, for most topics now anything but a curiosity.  I certainly can't recommend the thing as anything other than a literary artifact.  For my reading though?  Still there with reliable information on somebody like the poet, Mark Akenside.)

My curiosity about the fellow was born of reading again in my favorite anthology, Poets of the English Language, edited by W. H. Auden and Norman Holmes Pearson.  Akenside has three poems in Volume III: Milton to Goldsmith.  One of these three poems, "Hymn to Science," is a corker.

On a recent overnight with a friend down to the glory that is the Burnside location of Powell's, on my last pass through "The Blue Room" -- which is general literature mostly -- I picked up a six dollar edition of The Poetical Works of Mark Akenside.  I even debated a bit spending the six bucks.  (Let's just say I'd already spent what might laughingly be called, "my budget" for the trip.    How many books, may I just say, do I now own because, after all, they cost just about a sawbuck?   Thus are book-hoards born, my brothers and sisters.)  Anyway, I bought it.

I didn't read it yet, you understand, but I bought it.

Back to Wikipedia then for the satisfying conclusion:

"The best edition of Akenside's Poetical Works is that prepared (1834) by Alexander Dyce for the Aldine Edition of the British Poets, and reprinted with small additions in subsequent issues of the series."

Well now.  That's my copy, you see, complete with "Dyce's Life of Akenside" to supplement Johnson's Lives of the Poets -- must dig that out now too.

I didn't look up the entry for Akenside online until well after I got him home.  Imagine my smugness at having bought "the best edition," and for six bucks.  Then, imagine my shock when I realized that the pages in my book were still uncut and that I would be it's first reader in all these many years.  How very sad is that?  Exciting for me though.

My instincts, it seems, served me well.  (I might mention just here that on this same trip, my instincts also led me to buy two Colette novels I already own.  Oh well.)  The point I suppose, if one must be made to close, is that old things may prove to be discoveries as good as new, that old references may still have their uses, that old poets may still find a reader, that old books, and new technology may all serve some purpose, even if only to provide me with more to read by the author of "Hymn to Science."