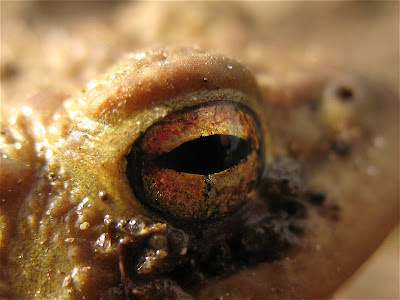 One of the ongoing astonishments of finding myself on the shady side of forty has been the unhappy knowledge that the only cure for even so simple a thing as a cold or flu or sinus infection -- what have you -- is rest, by which, I'm sad to report, I now mean sleep. When, exactly, did that happen? Not for me anymore the periodically engaged drowsing in front of the television, dipping into the books scattered across the bed, the uncomfortable but active "rest" I remember so well from just a decade ago. Nowadays it's sleep or... nothing.

I used to take to my sick-bed with a stack of classic mystery novels. I'm ill? Very well. Time for murder. It's a habit I acquired in my youth, murder. Almost as soon as I'd outgrown ghost stories. And the kind of murder I craved when suffering abed, was the perfectly straight forward homicidal puzzle perfected by the lady thriller novelists during roughly the first half of the last century. Complicated not so much by psychosexual confusions or larger social issues, or meant to explore, at least tangentially, larger philosophical or spiritual conundrums, but just old fashioned detective fiction; books no more taxing to even the unhealthy mind than a crossword puzzle or a game of solitaire. As a somewhat sickly boy, and before I'd decided I ought to read nothing but truly more elevating literature, I could read such a thriller in just one sick-day, and two or three over a weekend, if I was seriously ill. I found the plots carried me along, the murders kept me from boredom, and the workings of the invariably superior mind of the detective, and the promise of the final exposure of the murderer, kept me comfortably just above unconsciousness. Mysteries of the kind I mean required only a willingness to read mechanically, retaining nothing but rudiments of the crime, a rough recollection of the dramatis personae, and a trust in the familiar presence of Holmes, or Miss Marple, or Miss Pinkerton to do any proper thinking that might be required. Most satisfying between bowls of tomato soup and pots of tea.

Now I find instead that even reading Mary Roberts Rinehart is all but too much for me when I'm ill.

This morning, finding myself awake, all I wanted was to go back to sleep -- and did. This was nothing like a pleasant mid-morning-doze, mind you, but actual, additional, numberless hours of dark, sweaty blankness. I'd wake occasionally, but just long enough to register the shock of yet another hour having fallen off the clock, and then, after a quick call of nature, and a change of nightshirt, back into the dark. Honestly, there was nothing that could keep me even nominally awake, even the promise of a good mystery. I had a small stack, right there on the table next to my bed in the guest room (no sense in infecting the good husband who, for the most part, has had the sense to stay well away.) But neither Christie nor Crispin could hold me. I found I fell asleep after just a few pages of even the most reliable English thriller.

Having picked up a different book every few hours, night and day, only to have it slip from my hands within minutes, I finally had to give it up and resign myself to oblivion.

The only thing more boring than being ill is describing one's illness to others --and the only thing worse than that is reading about someone else's, so I'll spare the reader any of the details of my present situation. More uncomfortable than life-threatening is all it really is, but enough to knock me out, keep me from work, and most appallingly, keep me from reading.

Once it was established that I was going to be home with this... whatever it is, for some time, I made a brave venture into my library and hauled just the right sort of books for a bronchial bit of "bed-rest" back up to my stinking den, and settled myself with them in amidst the dirty comforters and less than fresh sheets. (Why bother pretending my personal environment just now is anything but a dank, dark, dirty wallow? Is what it is. I yam what I yam. Cough.) I tried:

Mary Roberts Rinehart's The Circular Staircase -- got lost before the lady of the house and her companion had finished putting out the lights for the night.

Two Agatha Christies I'm pretty sure I've never read or seen dramatized, at least under these titles, always a danger with Dame Agatha, Hickory Dickory Dock and Murder in the Mews -- I think I managed a chapter in each.

And on the recommendation of a trusted friend, I thought I'd have another go at Edmund Crispin, this time with Holy Disorders -- I think there's a priest in it.

So, now then, what have I managed to read in the rare moments snatched from oblivion, today? Well, as it seems I'm too old even for puzzles, I tried ghost stories, and much as I'd enjoyed starting Shirley Jackson's The Haunting of Hill House just a scant 24 hours back, I couldn't keep straight even if it was Eleanor or Theodora talking, so I gave that up too. Having worked my way unconsciously back and back again through my most juvenile of reading enthusiasms...

You'll laugh. I can't blame you.

Soon as I'm done with this fitful attempt at signally my continued, miserable existence?

"They glided up the creek, and the Mole shipped his sculls as they passed into the shadow of a large boathouse. Here they saw many handsome boats, slung from the cross-beams or hauled up on a slip, but none in the water; and the place had an unused and a deserted air.

The Rat looked around him. 'I understand,' said he."

But, honestly, so far it's the only thing for which I seemingly can keep my eyes open long enough to read.

And there's Toad yet to come. I sound a bit like him, just now. Maybe that's it. Doesn't matter.