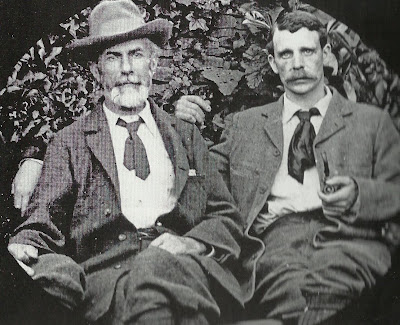 "He had never before felt such power in another man, and he put it down to Carpenter's breadth of humanity:'He touched everyone everywhere.' Forster liked George Merrill too, though he doubted if he were as devoted to wholesome toil as Carpenter believed, and Merrill also touched people -- in his case, usually on the behind."