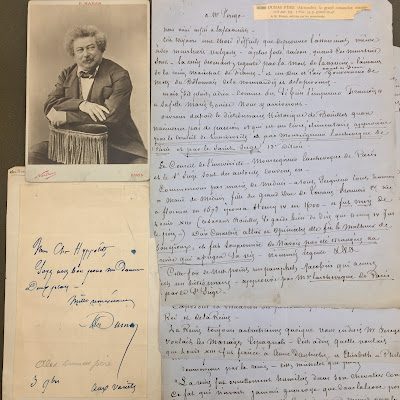 "... remember that what has once been done may be done again."

"Dear reader" -- is there any more pleasant address in a novel, any honorific sweeter? And yet. A brief survey of online writing instruction -- pedantry for the self published -- tells us that this sort of thing is called an "authorial intrusion." Well, that isn't scornful at all, is it? Like virginal heroines, thwarted suitors, stolen inheritances, omnipotent narrators, and spontaneous combustion, the phrase has fallen largely out of fashion, but the device is not unknown in the work of modern writers. What is Vonnegut's style without direct address to the reader? How else to explain the popularity and celebrity of personal essayists like David Sedaris and Sarah Vowell? Margaret Atwood employed the actual phrase once, unironically if in the third person, to describe how the writer is born of the reader, "... the 'real' reader, the Dear Reader for whom every writer writes." (C. Bronte's rather blunt, "Reader, I married him." is so satisfying in part, I think, for being a little rude.)

When reading Fielding or Hugo or Dickens or any of the great 18th or 19th Century novelists, I am convinced that I am the reader addressed. Me. Dear me. Thanks. Job done, novelist. I don't hold with the theories of readership that insist we change the book by reading it, or that every reader reads a different book, etc. Rhetorically valid, but how helpful really? Why egotize the reader at the expense of the writer? Why make the bottom top? (Instinctive answer? The urge to master what we study. Degrees must be justified, podiums make for pomposities, and who could be more important to a scholar than the writers he studies? Ask his mother.) I loath audience participation in the theater. No, I don't want to help you sail the boat. I am never eager for an invitation to join the cook in the kitchen. No. Gourmand not gourmet. A smile, a nod, a wink. As a reader I don't feel much need to be otherwise flattered. Really. It's sweet you noticed. Everybody likes a confidence so long as we're already listening. I like you too. If I didn't I would already be dancing with somebody else. And no, I don't want to write the book with you.

So who -- other then those self-appointed online editors -- doesn't like a nod from the host?  I suspect that this may be yet another instance of an older style jarring a bit on modern sensibilities, along with words like "perspicacity" and "wherefore," semicolons, and long dependent clauses.

Obviously I like all that stuff. Yes, I enjoy a clear broth, but find a rich stew just as much to my taste, and I prefer the older recipes for both. Why? Comfort? Perhaps I am past the age when I can digest too many discordant and bitter things. At least say I prefer these in smaller servings. If I am to sit long at the table, there is only so much I am willing to take in of foams and smoke, grit and tricks and mysterious proteins. I'm hardly a meat and potatoes sort of reader, but a nice sauce helps, side-dishes and wine, dessert and a trusted chef. To them that would dine always off a modern menu, what can I say? As a dear friend, himself a published novelist, is always quick to remind me, there is no point in arguing taste. Quite right. Thus The Count of Monte Cristo as the first selection for my Big Fat Book Club. Felt like a good bet.

Reading The Count of Monte Cristo, there aren't actually that many authorial intrusions. One has to read pretty closely to find the kind of direct address to the reader one would expect as a matter of course in, say, Dumas' friend Victor Hugo. Here for example is I think Dumas talking to me: "Oh, tell me over and over again, never tire of telling me that I have made you happy," though even here he isn't really, as a character says that for him. Dumas' vocabulary, while sometimes antique is more often just as straightforward as anyone could want. Melodrama then? The man certainly loved a dramatic scene, a shocking reveal, a timely murder, poison, revenge, virtue threatened. But he was masterful when it came to plots and twists. No one better.

So, what then? I ask this because if I am being honest there was a precipitous falling away of my fellow readers after our first meeting. Despite the initial enthusiasm expressed when my first selection for Brad's Big Fat Book Club was announced, many who hadn't started did and then did no go on. To be expected, no matter the club or the selection. People do get busy. There were the holidays to consider as well. Not my first book club. Still, there was a... what? Vehemence, shall we call it? to more than one withdrawal from the group. No one was impolite, but there were some abrupt announcements that The Count of Monte Cristo, on reflection was not for X, Y, or Z. "Not for me," said one. "Can't do it, sorry," said another.

Length would not seem to have been the reason. I mean, right there in the name of the club. In the end I guess, Alexandre Dumas was just not to everyone's taste. As host, I can only accept that many left for whatever reason and be grateful for them what stayed. Three longish months we had. I enjoyed every meeting, every minute. On we go then to the next.

So why am I still flogging such a large and very dead horse? (Ugly 19th century metaphor for which I apologize.) I finally had an actual (well, virtual) conversation with someone who bowed out quick. Didn't want to pester people. Out? not a problem. Thanks for trying, sincerely. This person contacted me again, with yet another apology for not sticking around. We'd already been through the polite exchange of regrets three months ago. I was fine with that being the end of it. Seems it wasn't, quite. More polite apologies and then a confession: Dear Reader could not see the point. Why? Short conversation even shorter? Dear Reader did not see Dear Reader anywhere in the thing, nor any prospect of finding same.

I betray no confidence in paraphrasing the Dear Reader's response. (I was given permission.) And it makes perfect sense. It had not occurred to me, I admit. I understand the fatigue of repeatedly, consistently reading books about people unlike one's self. I for example have long-since resolved to never read another novel about a male academic's or a novelist's troubled marriage. I do not care to know the struggle. Likewise I do not feel the slightest embarrassment in never reading any novel told in the voice of a dog, cat, or any domestic animal. (Will I read a book told in the voice of, say an Australian Sugar Glider? I don't know that I would even should such a book exist, but the odds are still better than they would be for another chatty Golden Retriever or a cat who solves mysteries.) And yes, this is not for me just a question of been there done that. It's also true that I do not see myself therein. More importantly for me personally? I do not see anyone in, for example even a classic like White Fang or John William's Stoner, about whom I now give a walking, running, or seated damn. I mention these classics because while I once was a twelve year old boy and also once read everything I could find of John Williams', I would not now find purchase in either. I do not need to see myself in the books I read, but neither am I interested in stories about people -- or pets -- about whom even genius could not now make me care.

The fate of Edmond Dantes is still interesting to me my third or fourth time through because I can in fact see something of myself however unlikely in a French sailor sewing himself into a shroud, in a middle-aged man disappointed by love, in the perfect fantasy of resourceful revenge. More, I can still flatter myself that Dumas' "Dear Reader" is me. If someone else can not -- I get it now. It's not the language, the plot, the people, or the period. Our empathies, like our sympathies are entirely our own and as I assumed before, none of my business really.

That said, you really must read Boswell's Life of Samuel Johnson.