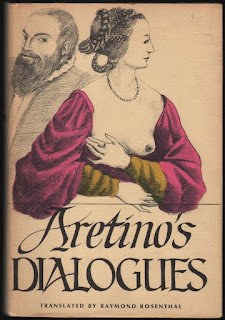 "NANNA ...So all the women about to be married began to pray to it, begging the fairy in the well to bring them good luck. In a year's time they set more candles, clothes, hair shirts, and holy images around this well than can be found on the sepulcher of Blessed St. Lena of the Oil from Bologna.

From 2, The Second Day of Aretino's Capricious Conversations. In Which Nanna Tells Antonia the Life of Wives.
Posted by usedbuyer 2.0 at 12:02 AM