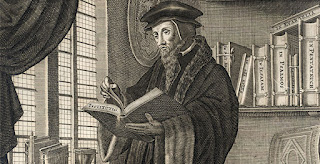 From Tolstoy, by A. N. Wilson

"Presumably, had he absorbed a true belief in predestination with every particle of his being, he would simply have abandoned himself to the will of providence and perhaps spent the rest of his life as a farmer. But it is a characteristic of people who say that they believe in predestination that actually they appear to live by the will. Half the engineers, missionaries, businessmen, doctors and civil servants in the British Empire were Calvinists, but that did not stop them thinking that their presence was essential to the smooth running of things in every corner of the globe from Saskatchewan to New South Wales."