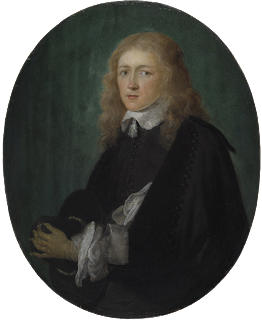 From The Complete Poetical Works, by John Dryden

ON THE DEATH OF A VERY YOUNG GENTLEMAN

He, who could view the book of destiny, And read whatever there was writ of thee, O charming youth, in the first opening page, So many graces in so green an age, Such wit, such modesty, such strength of mind, A soul at once so manly and so kind, Would wonder when he turned the volume o'er, And, after some few leaves, should find no more, Nought but a blank remain, a dead void space, A step of life that promised such a race. We must not, dare not, think, that heaven began A child, and could not finish him a man; Reflecting what a mighty store was laid Of rich materials, and a model made: The cost already furnished; so bestowed, As more was never to one soul allowed: Yet after this profusion spent in vain, Nothing but mouldering ashes to remain, I guess not, lest I split upon the shelf, Yet, durst I guess, heaven kept it for himself; And giving us the use, did soon recall, Ere we could spare the mighty principal. Thus then he disappeared, was rarified, For 'tis improper speech to say he died: He was exhaled; his great Creator drew His spirit, as the sun the morning dew. 'Tis sin produces death; and he had none, But the taint Adam left on every son. He added not, he was so pure, so good, 'Twas but the original forfeit of his blood; And that so little, that the river ran More clear than the corrupted fount began. Nothing remained of the first muddy clay; The length of course had washed it in the way: So deep, and yet so clear, we might behold The gravel bottom, and that bottom gold. As such we loved, admired, almost adored, Gave all the tribute mortals could afford. Perhaps we gave so much, the powers above Grew angry at our superstitious love; For when we more than human homage pay, The charming cause is justly snatched away. Thus was the crime not his, but ours alone; And yet we murmur that he went so soon, Though miracles are short, and rarely shown. Learn then, ye mournful parents, and divide That love in many, which in one was tied. That individual blessing is no more, But multiplied in your remaining store. The flame's dispersed, but does not all expire; The sparkles blaze, though not the globe of fire. Love him by parts, in all your numerous race, And from those parts form one collected grace; Then, when you have refined to that degree, Imagine all in one, and think that one is he.
Posted by usedbuyer 2.0 at 12:02 AM