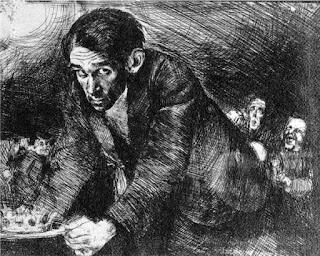 From The Street of Crocodiles, by Bruno Schulz, translated by Celina Wieniewska

"The Street of Crocodiles was a concession of our city to modernity and metropolitan corruption. Obviously, we were unable to afford anything better than a paper imitation, a montage of illustrations cut out from last year's moldering newspapers."

From The Street of Crocodiles
Posted by usedbuyer 2.0 at 12:02 AM