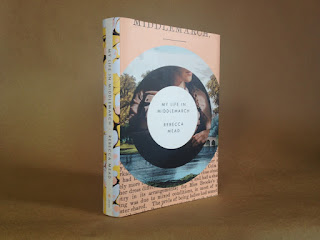 From My Life in Middlemarch, Rebecca Mead

"My favorite image of Eliot and Lewes is provided by a neighbor who used to see them out walking Pug, and reported, Mrs. Cadwallader-like, 'they were both very unattractive people to look upon, and they used to wander about the neighborhood, the biggest pair of frights that ever was, followed by a shaggy little dog who could do tricks.' The censorious glimpse from behind the net curtain is a peculiarly English phenomenon, and I derive delicious pleasure from the two Georges' carelessness about the judgement delivered by smaller minds and smaller hearts than their own."